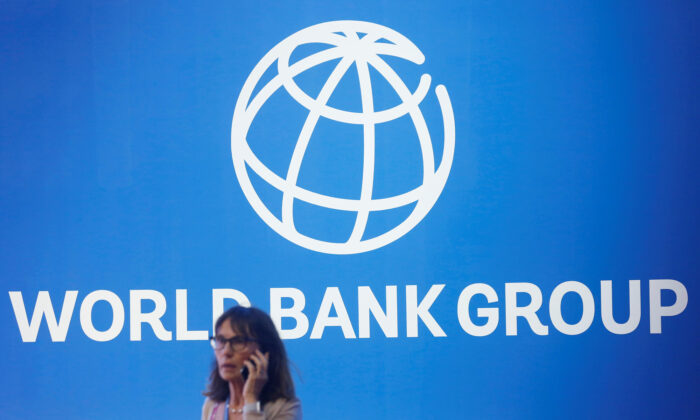 The World Bank on Monday announced a package of emergency loans and grants for Ukraine worth over $700 million聽as the country continues to battles聽the Moscow-led military invasion.

According to the聽World Bank, the loans and grants will “help the government provide critical services to Ukrainian people, including wages for hospital workers, pensions for the elderly, and social programs for the vulnerable.”

The package includes a $350聽million loan supplement to a prior World Bank loan, officials said in a statement,聽augmented by about $139 million through guarantees from the Netherlands and Sweden.

It is also made up of $134 million in grants from Britain, Denmark, Latvia, Lithuania, and Iceland, as well as $100 million of financing from Japan, resulting in the total mobilized support of $723 million.

“The World Bank Group is taking quick action to support Ukraine and its people in the face of the violence and extreme disruption caused by the Russian invasion,” said聽World Bank President David Malpass.聽“The World Bank Group stands with the people of Ukraine and the region. This is the first of many steps we are taking to help address the far-reaching human and economic impacts of this crisis.”

Ukraine joined the World Bank in 1992, and since then the聽international financial institution has provided聽more than $14 billion to the country in around 90 projects and programs.

The bank said it was also working on another聽package of support for Ukraine in the coming months, totaling聽$3 billion, as well as聽additional support for neighboring countries that are taking in Ukrainian refugees.

“The goal of Russia鈥檚 special military operation is to stop any war that could take place on Ukrainian territory or that could start from there,” Lavrov said in a聽statement,聽according to Britain鈥檚 Russian Embassy.

The Kremlin has repeatedly said that the invasion launched by Putin was meant to disarm Ukraine and detain leaders it claims are neo-Nazis.

On Sunday,聽U.S.聽Secretary of State Antony Blinken said officials have seen “very credible” reports of actions that would constitute war crimes committed by Russian forces in Ukraine and said the Biden administration is committed to supporting investigations into such actions.

Blinken聽told聽CNN’s “State of the Union,” “We鈥檝e seen very credible reports of deliberate attacks on civilians, which would constitute a war crime.”

“And what we’re doing right now is documenting all this, putting it all together, looking at it and making sure that as people and the appropriate organizations and institutions investigate whether war crimes have been or are being committed, that we can support whatever they’re doing,” Blinken said. “So right now, we’re looking at these reports. They’re very credible and we’re documenting everything.”

Last week, the International Criminal Court announced it has launched an聽investigation into allegations of war crimes, crimes against humanity, or genocide committed in Ukraine.

As the invasion of Ukraine continues,聽President Volodymyr Zelensky has called on Eastern European countries to provide聽Russian-made planes in its efforts to fend off attacks from the Russian military.