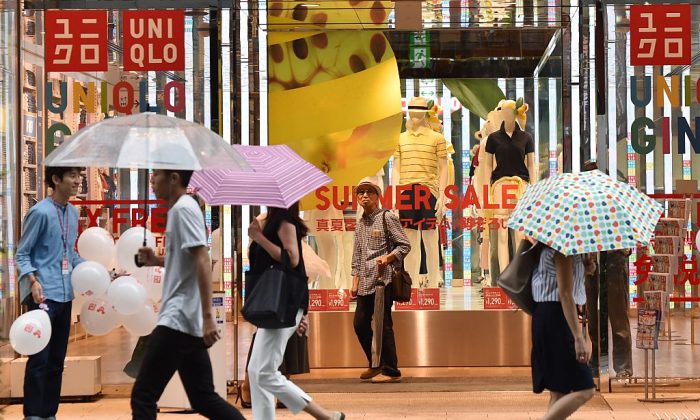 Fast Retailing, parent company of the Japanese-based casual wear label Uniqlo, has spoken out in defense of its decision to continue operating in the Russian Federation, as international businesses have faced increasing pressure to cut off Russian markets in protest of that country’s invasion of Ukraine.

“Clothing is a necessity of life,” Yanai said in a series of remarks to the Japanese newspaper Nikkei. “The people of Russia have the same right to live as we do.”

Despite remaining steadfast in his decision to continue operating in Russia, Yanai expressed opposition to the invasion and solidarity with the people of Ukraine.

“There should never be war. Everyone should oppose it. This time, all of Europe clearly opposes the war and has sown its support for Ukraine. Any attempt to divide the world will, on the contrary, strengthen unity.”

Fast Retailing has announced it will be donating $10 million to the U.N. High Commissioner for Refugees, as well as 200,000 items of clothing for Ukrainian refugees in Poland and elsewhere. However, these gestures are unlikely to appease critics who call on the clothier to take a hard stance against Russia.

Nonetheless, Uniqlo’s decision to remain in Russia places the Japanese clothier among an increasingly small set of companies choosing to continue business with the heavily sanctioned nation. Both McDonald’s Corp and PepsiCo have faced escalating criticism for their decision to continue operations in Russia, as well as beauty companies Estee Lauder Cos and Coty, and the pharmaceutical company Alnylam Pharmaceuticals. All of the above were named in an open letter calling for private businesses to halt business in Russia, released last Friday by New York state’s pension fund chief.

Defenders of these companies will argue that it is counterproductive to boycott the Russian Federation entirely, especially in matters of basic necessities such as food and fuel. In so doing, some argue that corporations do more to harm ordinary Russian people than to punish Vladimir Putin. However, for proponents of corporations boycotting Russia, doing so will stimulate political pressure for the government, as the people become more disillusioned with their life in wartime and call on the government to withdraw. While Uniqlo is one of a handful of companies holding out and continuing to do business in Putin’s Russia, the consensus among international corporations to boycott the nation will likely inflict significant hurt on the Russian economy.