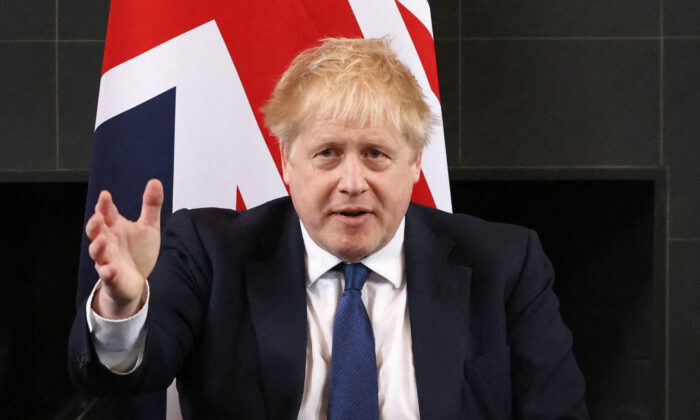 British Prime Minister Boris Johnson has denied he helped British–Russian media mogul Evgeny Lebedev secure a seat in the House of Lords by intervening to override concerns raised by the security services.

A report in The Sunday Times alleged that intelligence provided by MI5 and MI6 to the House of Lords Appointments Commission initially said granting the peerage to Lebedev could pose a national security threat.

But the report said the security services withdrew the assessment after the prime minister personally intervened.

In response to the report, Johnson told reporters on Monday that it would “obviously be extraordinary” if the security services had deemed Lebedev to be a risk and the prime minister had intervened to ensure the peerage was granted, “but that’s not the case.”

“That is simply incorrect,” he said. “It suits Putin’s agenda to try to characterise this as a struggle between the West and Russia.”

Johnson then warned against allowing a “witch hunt” against Russians in the UK.

He said: “It is very, very important that this should not turn into a general sense that we’re against Russians—any Russian living in the UK, any Russian who contributes to UK society, should suddenly be under suspicion. That suits Putin’s agenda.”

“We must not play Putin’s game and somehow turn this into a witch hunt against every Russian in the UK,” said the prime minister. “It’s absolutely vital we focus on what Putin is doing and we call them out for what he’s doing.”

Labour leader Sir Keir Starmer said on Sunday he was “very concerned” about the issue because “it goes to the heart of national security.”

Labour’s shadow home secretary Yvette Cooper urged Johnson to tell Parliament’s Intelligence and Security Committee everything he knows about Lebedev’s peerage and the role he personally played in the process.

A government spokesperson said, “All individuals nominated for a peerage are done so in recognition of their contribution to society and all peerages are vetted by the House of Lords Appointments Commission.”

He was made a lifelong member of Britain’s upper house of Parliament in July 2020 with the title “Baron Lebedev of Hampton in the London Borough of Richmond upon Thames and of Siberia in the Russian Federation.”

Lebedev told The Sunday Times that “all” of the allegations in its report were incorrect and the questions did not “merit an answer.”

Last week, he appealed to Russian President Vladimir Putin to stop the invasion of Ukraine, through the Evening Standard newspaper.

PA Media and Reuters contributed to this report.