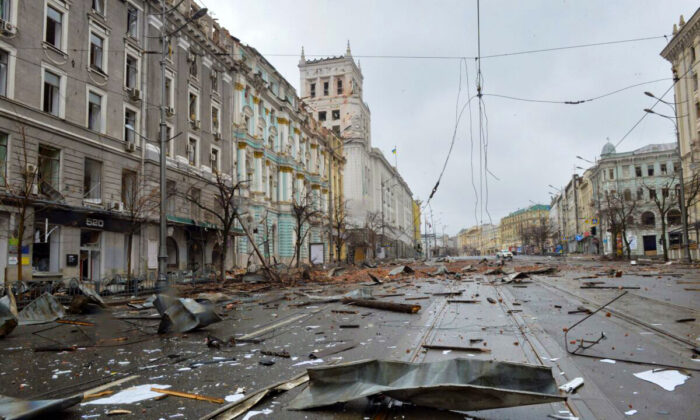 The Ukrainian government is considering potentially transferring its sensitive data and servers outside the country if Russia’s military further advances in the country, an official said Wednesday.

Speaking with the Reuters news agency, Victor Zhora, the deputy chief of Ukraine’s State Service of Special Communications and Information Protection, said Ukraine has a contingency plan to move its critical information out of Ukraine if Russia’s army moves any closer. He did not elaborate on what sorts of critical information would be moved, or when.

Zhora, without giving names, said that some countries have offered to host Ukraine’s government data. For reasons of proximity, “a European location will be preferred,” he told the outlet.

“We are preparing the ground,” Zhora said of the plan, adding that their first course of action is to protect the IT infrastructure within Ukraine.

Taking that infrastructure and data to another country would only be a “Plan B or C,” Zhora remarked, adding that the decision would be handed down by Ukrainian lawmakers.

“There are a lot [of] options,” he continued, without providing details about how much maneuvers would be carried out. “All the proposals are highly welcome and worth considering.”

Last month, Zhora told Politico that the government had plans to move critical data out of the capital, Kyiv, if it is threatened by the advancing army.

What to do in wartime with piles of data gathered by governments became a topic of international concern following the Taliban’s lightning offensive in Afghanistan last August that took city after city as U.S. and other foreign forces withdrew.

The Taliban conquest of Kabul meant that their forces were in a position to inherit sensitive data—such as payroll information for Afghan government employees and soldiers—which they could potentially mine for leads on how to arrest or eliminate domestic opponents.

In recent days, U.S. officials have said that the Russian army’s advance into Ukraine appears to be progressing slowly, although they haven’t been stopped.

Pentagon spokesman John Kirby on Wednesday estimated that Russia retains about 90 percent of the combat power that it sent to Ukraine, noting that some vehicles and weapons were destroyed or were rendered inoperable.

Lt. Gen. Scott D. Berrier, director of the Defense Intelligence Agency, told House lawmakers in a televised event that officials believe that between 2,000 and 4,000 Russian soldiers have died since the start of the Feb. 24 conflict. Berrier cited “some intelligence sources, but also open source” information, likely referring to assessments made by outside groups that are monitoring the invasion.