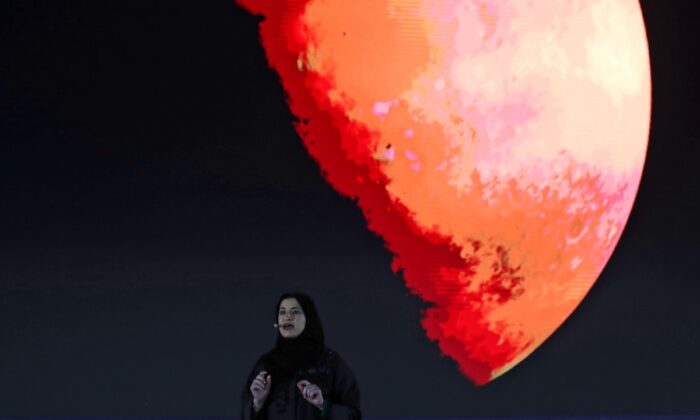 DUBAI, United Arab Emirates— United Arab Emirates on Tuesday announced plans to send a probe to land on an asteroid between Mars and Jupiter to collect data on the origins of the universe, the latest project in the oil-rich federation’s ambitious space program.

A successful landing would see the UAE join an elite club of the European Union, Japan, and the United States, which have completed the feat. probe would remain behind on the asteroid, transmitting back to Earth information on the composition of the asteroid as long as its batteries remain charged.

project targets a 2028 launch with a landing in 2033, a five-year journey in which the spacecraft will travel some 2.2 billion miles. spacecraft would need to slingshot first around Venus and then the Earth to gather enough speed to reach an asteroid some 350 million miles away.

It’s still under discussion what data the Emirates will collect but the mission will be an even greater challenge than previous ones, given the spacecraft will travel both near the sun and far from it, said Sarah al-Amiri, the chair of the UAE Space Agency and a minister of state for advanced technology.

Some 1.1 million known asteroids circulate in the solar system, the remnants of its formation, according to NASA. Most orbit the sun in the area between Mars and Jupiter targeted by the planned Emirati mission. ir composition includes the building blocks of the world we now know.

UAE’s Space Agency said it will partner with the Laboratory for Atmospheric and Space Physics at the University of Colorado on the project. It declined to immediately offer a cost for the effort or describe what particular features of the asteroid it wanted to study. Al-Amiri said discussions are ongoing about what equipment the spacecraft will carry, which will in turn affect what features it can observe.

project comes after the Emirates successfully put its Amal, or “Hope,” probe in orbit around Mars in February. car-size Amal cost $200 million to build and launch. That excludes operating costs at Mars. asteroid mission likely would be more expensive, given its challenges.

Emirates plans to send an unmanned spacecraft to the moon in 2024. country, which is home to Abu Dhabi and Dubai, also has set the ambitious goal to build a human colony on Mars by 2117—but its more immediate goal is building out both a private and state-backed space economy with its projects.

“It is difficult. It is challenging,” al-Amiri said of the asteroid project. “We fully understand and comprehend that, but we understand the benefits of taking on such large, challenging programs and projects.”