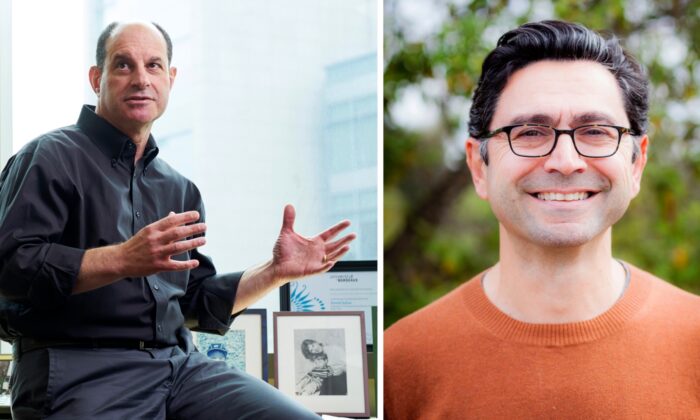 2021 Nobel Prize in physiology and medicine has been awarded to two U.S.-based scientists for the discovery of receptors for temperature and touch, the award-giving body announced on Monday.

findings of California-based scientists, David Julius and Ardem Patapoutian, focused on the field of somatosensation, more commonly known as tactile sense, or the body’s ability to sense.

“ groundbreaking discoveries … have allowed us to understand how heat, cold and mechanical force can initiate the nerve impulses that allow us to perceive and adapt to the world around us,” the assembly explained in a statement that announced the winners.

BREAKING NEWS:
2021 #NobelPrize in Physiology or Medicine has been awarded jointly to David Julius and Ardem Patapoutian “for their discoveries of receptors for temperature and touch.” pic.twitter.com/gB2eL37IV7

duo’s profound discovery might have paved the road to new ways of treating pain or even heart disease.

“This knowledge is being used to develop treatments for a wide range of disease conditions, including chronic pain,” the assembly said.

Julius, who works at the University of California in San Francisco, utilized capsaicin, the active component in chili peppers that induces a burning sensation, to identify the nerve sensors that allow the skin to respond to heat, the committee explained.

Patapoutian, who works at a research institute in La Jolla, used pressure-sensitive sensor cells that respond to mechanical stimulation in the skin and internal organs to discover a novel class of sensors.

findings have led to a rapid increase in scientists’ understanding of how our nervous system senses heat, cold, and mechanical stimulation, identifying critical links that were missing in the perception of the complex interplay between our senses and the environment around us.

David Julius – awarded this year’s #NobelPrize in Physiology or Medicine – utilised capsaicin, a pungent compound from chilli peppers that induces a burning sensation, to identify a sensor in the nerve endings of the skin that responds to heat. pic.twitter.com/GInY2q6RlD

2021 #NobelPrize laureate in physiology or medicine Ardem Patapoutian used pressure-sensitive cells to discover a novel class of sensors that respond to mechanical stimuli in the skin and internal organs. pic.twitter.com/6T7661lRPq

“I mean, pain, that is very closely connected to the sense of temperature and touch. And we know that these systems are for sure involved in pain transduction,” said Thomas Perlmann, secretary-general of the Nobel Committee. “And there is also an activity, quite intense activity at certain places and in some companies to develop new drugs that could play a role in pain, chronic pain, for example.”

prestigious Nobel award comes with a gold medal and prize money of 10 million Swedish kronor (over $1.14 million). money comes from a bequest left by the prize’s creator, Swedish inventor Alfred Nobel, who died in 1895.

prize is the first to be awarded this year. other prizes are for outstanding work in the fields of physics, chemistry, literature, peace, and economics.