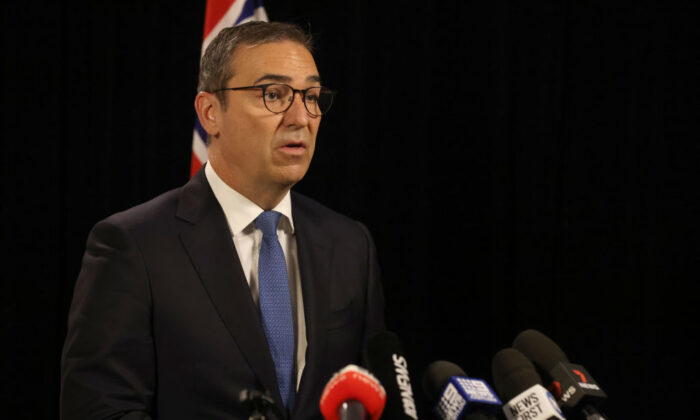 According to Marshall, the scheme, which is at the end of the first year of a two-year trial, has enabled motorists to save hundreds of dollars by alerting them via an app to which service stations have the cheapest fuel.

This comes as fuel prices around Australia and the world have skyrocketed in recent weeks due to fears over an oil supply shortage amidst sanctions on Russian oil.

Marshall said that people are doing it tough at the moment with the elevated fuel prices and that this might not end any time soon.

“Obviously, at the moment, when you’re driving around, you see a massive variation in fuel prices, anywhere from $2.21 right down to $1.71,” Marshall told reporters on Sunday.

“We want to make sure that motorists have that data at their fingertips so that they can get the best price.”

The scheme works by requiring all SA fuel retailers to report their prices to a central database within 30 minutes of when the price changes at the pump.

Motorists are then able to access fuel price information close to real-time via an existing fuel app.

Marshall said that the scheme is designed to not only inform motorists of where the cheapest fuel is but also put pressure on all petrol stations to refrain from price gouging.

“Look, the reality is when motorists know where they get the best deal, it forces the petrol stations to be as competitive as they possibly can, right throughout the day, and that’s what we’ve seen,” he said.

RAA fuel expert Mark Borlace said on Sunday that South Australians had embraced real-time fuel pricing and that there had been nearly three million uploads of information so far.

“The reality is we’ve got world record prices right now, and if you own two cars, it’s the biggest energy bill you have in your house, and it’s the only one you can control,” he said.

“So, the announcement by the Government now to just jump past the trial and go straight to making it permanent is a really welcome decision.”

Borlace added that if what’s happening in Europe continues, where prices are going up as high as $3, one benefit may be that we move away from oil.

“If we look at what’s happened with electric vehicles, the price is actually starting to come down in them.

“The government have actually announced a roll-out of charging infrastructure, and the sooner we transition from petrol to EVs, the sooner we’ll actually have energy security issues lessen.”

In addition to making the scheme permanent, Marshall has written to Treasurer Josh Frydenberg to consider temporarily reducing fuel tax as part of the March federal budget.

“We’re going to do our part with the continuation of the real-time fuel price scheme. That’s already delivered savings to motorists, but what we really need is some relief at the federal level with regards to that excise,” Marshall said.

“It doesn’t need to be permanent, but we’re in this elevated fuel price situation, we’d really love to see some relief coming from the federal government.”

When Borlace was asked about whether reducing the fuel excise was a good idea, he cautioned against it because while it’s significant at 43 cents, it funds a lot of other areas, and it’s uncertain how long what’s happening in Europe will last.

“If Russia decides to change their behaviour in the next month, in a month or two we could get back to where we were, then it may be okay,” he said.

“What we’re saying is that if you’re going to keep the excise, maybe target relief back to those people who are suffering through this, rather than getting rid of it.”