‘Shelflation’: Canadians Dumped Over $500 Million Worth of Food in Past Six Months Due to Decreased Shelf Life 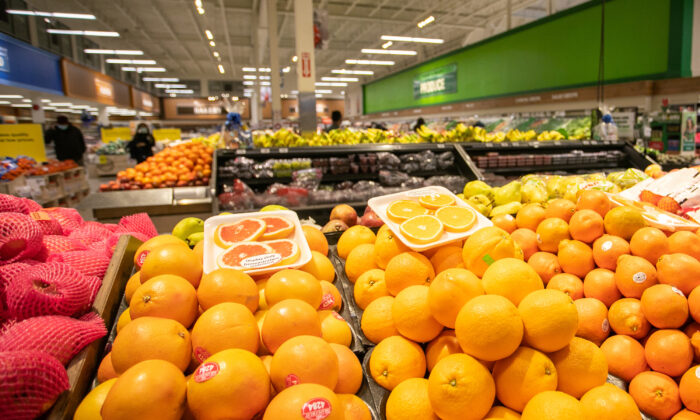 On top of “shrinkflation,” whereby the size of food products shrink but prices stay the same, Canadian consumers are now encountering “shelflation“—having to throw away some food products because they go bad before the expiry date, a new study shows.

“Shelflation” happens when overripe or less fresh food products find their way onto store shelves due to supply chain issues, according to Dr. Sylvain Charlebois, the director of the Agri-Food Analytics Lab at Dalhousie University, who recently coined the term in response to growing concern over its occurrence.

In a recent study, Charlebois asked consumers across the country if, in the previous month, they had to either throw away food before its expiry date or otherwise discard it prematurely. He found the number who had done this was “higher than expected.”

“The number of Canadians who have noticed this is astonishing,” he said.  “Shelflation can happen at any time, due to weather, labour disputes, labour shortages, mechanical failures, border-related challenges, or anything that can extend storage and/or transportation times.”

Sixty-three percent of those surveyed said they had to throw away food prematurely at least once in the last six months.

Based on food categories, the study showed that 45 percent of the dumped food was produce, followed by dairy at 31 percent, bakery products at 27 percent, and meat at 17 percent.

“Deterioration of the quality and freshness of food products can happen at anytime, but we suspect the pandemic and global supply chain challenges have made things worse in recent months. When supply chains aren’t working optimally, the chain will rob consumers of some needed shelf life at home,” Charlebois said.

“This phenomenon ends up costing more to the supply chain and ultimately to the consumer.”

The total cost of the wasted food in the last six months is estimated at between $305 million and $545 million.

Broken down by province, Canadians living in Atlantic regions are the most likely (70 percent) to throw away food due to premature spoilage, while those in Saskatchewan are the least likely (42 percent) to do so.

“Regional differences are telling,” said Janet Music, a research associate at the Agri-Food Analytics Lab. “You can see some regions have been impacted more by this than others, and this adds to a household’s grocery bill.”

The survey of 1,501 Canadian consumers was conducted online in February 2022, and carries a margin of error plus or minus 3.1 percent, 19 times out of 20.

Original link : ‘Shelflation’: Canadians Dumped Over $500 Million Worth of Food in Past Six Months Due to Decreased Shelf Life