Seizing The Property Of Russian Oligarchs: Guilt By Association? 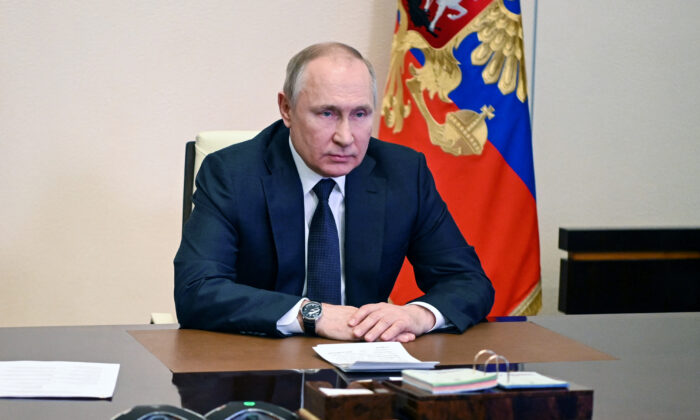 The Western world is united in its response to the Russian invasion of Ukraine. Western countries, including the United States, the European Union, and the United Kingdom, have imposed a bevy of sanctions expected to hurt the Russian economy.

One such sanction that lately received a great deal of media coverage is the seizure of the assets of Russian oligarchs held in the West. These include luxury villas, yachts, and bank accounts.

In this context, the word “oligarch” is mainly used pejoratively. The word has been in use since the early 1600s and is based on the Greek language but is typically reserved to describe a rich Russian business billionaire.

The seizure of assets of Russian oligarchs is regarded as a justifiable expression of revenge that potentially may shorten the war in Ukraine. However, a closer look at these sanctions suggests that, often, it is grounded in a doubtful moral principle, namely that oligarchs are guilty by association with the Putin regime.

The assets of these billionaires in these jurisdictions are subject to seizure by the local authorities following the Russian invasion of Ukraine.

For example, Igor Sechins’s yacht was seized in France, and Alisher Usmanov’s superyacht, Dilbar, reportedly the largest motor yacht in the world, was taken by German authorities.

The Australian government, too, has announced the seizure of valuable property of eight oligarchs who have close ties with Russian banks, Russia’s defence and resources industries, or are deemed to be part of Putin’s inner circle.

How the Australian government identifies these individuals whose property will be seized is a bit of a mystery, but it is fair to assume that their close relationship with the Putin regime makes them an easy target for confiscating their property.

These “oligarchs” are undoubtedly all wealthy businesspeople with ties to Putin’s regime and hence wield considerable political power.

It is, however, an altogether different issue as to whether they should be held personally responsible for the calamitous invasion of Ukraine.

The seizing of property of Russian oligarchs appears to be overwhelmingly approved by most people because nowhere have I read any commentary that questions the appropriateness of this action. Nevertheless, the seizure of property is a very confrontational and controversial strategic act for a variety of reasons.

In selecting the oligarchs whose assets will be seized, governments should ideally establish a close connection between them and the current Russian regime. In addition, in considering this connection, it is necessary to gauge their support for the invasion and their direct, indirect, or even remote involvement in it.

Simply being an acquaintance of Vladimir Putin is neither a satisfactory nor a sufficient reason for depriving them of their property, provided it has been legally acquired. This is because the act of seizure implies that they are guilty by association, even if they have not done anything to facilitate, or to support, the Kremlin’s catastrophic decision to invade Ukraine.

The reality is that there are oligarchs who oppose the invasion and are prepared to use their resources to help the victims of Putin’s war of aggression. In such a case, a seizure of their property would appear to be unwarranted.

For example, Roman Abramovich, the flamboyant owner of the Chelsea Football Club in London, has indicated that he will sell the club and use the net proceeds, rumoured to be around five billion dollars, to alleviate the plight of Ukrainians.

A blanket decision to seize the assets of oligarchs thus involves the application of a discredited strategy that allocates blame simply on the ground of a person’s assumed or perceived association with evil warmongers.

With regards to Ukraine, this strategy means that if a rich billionaire is an acquaintance of Vladimir Putin, then that fact, by itself, will justify the taking of their property.

The elevation of this strategy to a principle of political action is disturbing because it breaks the link between a person’s behaviour and punishment. Thus, even though oligarchs may themselves not in any way have been involved in the planning of the invasion, they are deemed to be guilty by association.

From a moral point of view, it is necessary and appropriate to establish a close link between their support for, or finance of, the invasion and the strategy of seizing their property.

Even if oligarchs did support Putin’s action, the seizure of property may still be a controversial sanction. This is because there are legal rules that protect the right to own property and prevent its confiscation without compensation.

By way of example, the Basic Law of Germany protects the right to property: “Property … shall be guaranteed” and “Expropriation shall only be permissible for the public good.” And the 1948 Universal Declaration of Human Rights stipulates that “Everyone has the right to own property alone as well as in association with others.”

Over time, the strategy of guilt by association is thus disrespectful of the “rule of law.” Yet, as seizures of property of Russian businesspeople are happening with undiminished zeal in the West, the long-term consequences of this practice are not seriously considered.

In addition, the “rule of law” also requires that only the guilty be punished; this means that there must be a clear link between the oligarchs’ support for the invasion and occupation of Ukraine and the seizure of their assets.

The practice of allocating guilt by association should therefore be discontinued. A proper investigation into the personal guilt of the oligarchs should determine whether their property should be seized.