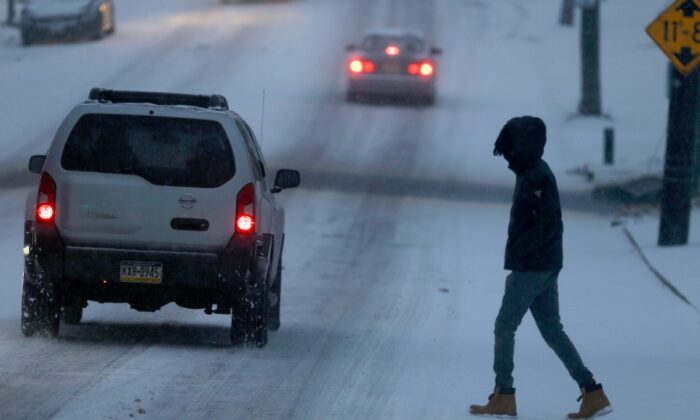 In an exclusive interview, scientist Valentina Zharkova told Pezou that her 2015 paper predicting the onset of a grand solar minimum between 2020 and 2053 has been borne out, prompting her to warn that temperatures could soon rapidly fall.

Grand solar minima last for multiple solar cycles, during which the sun produces less energy and sunspot activity is low. During a previous grand solar minimum, the Maunder minimum between 1645 and 1715, glaciers expanded and the River Thames in England frequently froze over.

In their 2015 publication, Zharkova and her colleagues derived a pair of principal components from the solar background magnetic field. y linked those components to a pair of magnetic waves originating in different layers of the sun.

Through more in-depth analysis, the team extrapolated those waves backward in time, yielding results that closely matched sunspot activity over the previous 800 years. She used the same methodology to predict a grand solar minimum over the next few decades.

As evidence of the grand solar minimum, Zharkova cited sunspot data from the Royal Observatory of Belgium along with recent low temperature and climatic extremes, including the coldest winter on record at the South Pole as well as Texas’s unusually cold, snowy weather in early 2021.

For its part, NASA stated in 2019 that “the forecast for the next solar cycle says it will be the weakest of the last 200 years,” which is consistent with the Dalton Minimum period of low sunspot activity and relatively low global temperatures spanning roughly 1790 through 1830.

Yet the agency has claimed that a grand solar minimum, should it occur, “would only serve to offset a few years of warming caused by human activities.”

Zharkova, by contrast, has argued that a grand solar minimum could reduce global temperatures by up to 1 degree Celsius.

She also told Pezou that the costs of atmospheric carbon dioxide could be somewhat overstated, pointing out that its increase occurred at the same time that global life expectancies doubled.

One recent study suggested that rising atmospheric carbon dioxide was responsible for up to 40 percent of improvements in key U.S. crop yields since 1940.

Zharkova believes that governments in the northern hemisphere should prepare their citizens for a sharp downturn in temperatures during the next several decades.

Yet for now, governments across the world have positioned themselves to tackle anthropogenic global warming, as evidenced by the recent COP26 summit in Glasgow, Scotland.

current temperature record has been a matter of controversy. Various sources, including satellite data gathered by the University of Alabama at Huntsville (UAH), the European Union, and other agencies, have shown unusually high global temperatures in recent decades, which many scientists believe are consistent with global warming driven by human activity. Other sources criticize some of these data, concluding that the conclusions around anthropogenic global warming are false, overstated, or misleading.

Zharkova thinks at least some of the people involved in promoting global warming are aware of the possibility of terrestrial cooling in the very near future.

“y want to gain their money—the taxes, or whatever they get from green technology—as soon as possible, because they will be exposed very quickly,” she said.