Russian Rouble Drops a Further 8 Percent This Week in Moscow 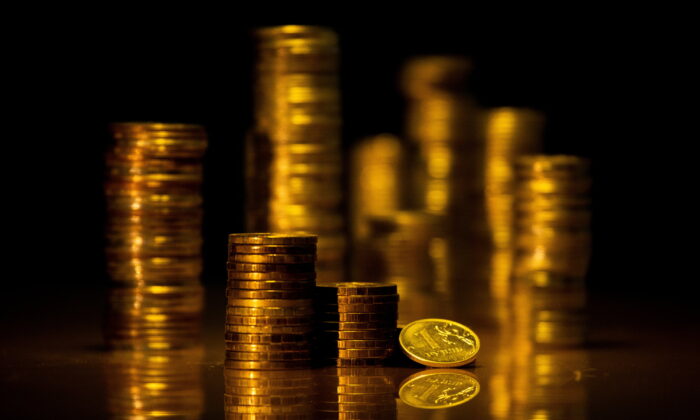 The Russian rouble edged up against the dollar in thin on- and offshore trading on Friday, but ended a third week of hefty losses, with the central bank now further restricting access to foreign currency.

The rouble has lost a third of its value in Moscow exchanges since Russia invaded Ukraine last month, as the local economy buckles under the pressure of sanctions imposed across the world in retaliation for the invasion.

President Volodymyr Zelenskiy said Ukraine had reached a “strategic turning point” in the conflict with Russia, but Russian forces bombarded cities across the country in what Moscow refers to as a “special operation,” and appeared to be regrouping for a possible assault on the capital Kyiv.

On Friday, U.S. President Joe Biden joined allies to hit Moscow on trade and shut down development funds, and announcing a ban on imports of Russian seafood, vodka, and diamonds.

The rouble closed 3.7 percent stronger for the day against the dollar at 114.2525 on the Moscow exchange, while for the week, it fell 8.1 percent, having lost over 32 percent of its value over the past three weeks.

The currency has fallen as much as 39 percent this year in Moscow, while offshore bids have seen even larger declines, by far the worst performing currency in the world this year. Wide bid/ask spreads showed how illiquid trading has become.

Goldman Sachs raised its year-end inflation forecast to 20 percent from 17 percent partly due to the further depreciation of the rouble.

“This is not a pure market so looking at the pricing, it is difficult to know what the level really is,” said Rabobank currency strategist Jane Foley. “The outlook (for the rouble) is completely dependent on whether there is a place for Russian produce and energy again (in the global economy).”

Against the euro, the rouble gained over 3 percent Friday to 121.03 in Moscow after hitting a record intraday low of 132.4175 on Thursday. It dropped 1.7 percent for the week and 28 percent over three weeks.

Trading on the equity market remained largely closed on Friday by order of the central bank.

Russian business newspaper Vedomosti reported, citing sources, that the central bank and Moscow Exchange were thinking of restarting local securities trading next week in stages. The main point of discussion was how to start trading in a way that would avoid prices collapsing, the sources told Vedomosti.

From March 10 to Sept. 10, local companies and entrepreneurs who want U.S. dollars, Japanese yen, British pounds, and euros in cash can receive only up to $5,000-worth, and only to pay for overseas work trips.

Russia’s economy is facing its most severe crisis since the 1991 collapse of the Soviet Union, after the West imposed severe sanctions on almost the entire Russian financial and corporate system.

Russia is also due to repay $117 million for two coupons on external dollar-bonds on Wednesday. While it has a 30 day grace period to make the payment, not doing so next week would see it edge closer towards its first major external default in around a century.