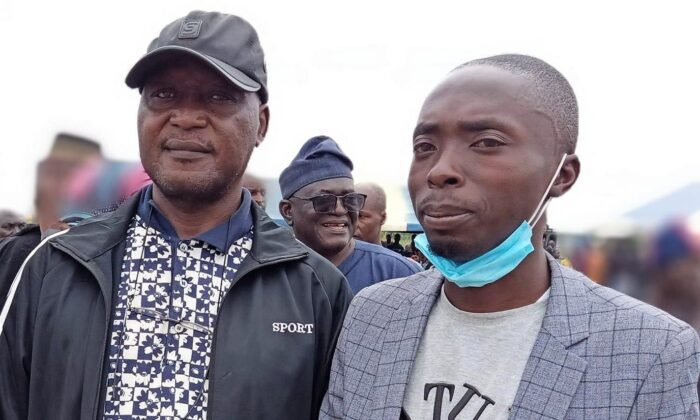 On Nov. 23 attorneys for embattled Nigerian reporter Luka Binniyat applied for bail a second time in court but were denied again, prompting his defense counsel to say that his client is being held without justification.

“From all that transpired in court today, it is obvious that Luka Binniyat is being persecuted rather than being prosecuted,” Barrister Yakubu Bawa wrote to Pezou in an email.

Binniyat, a contributor to Pezou, was charged Nov. 9 with the crime of “cyberstalking” the Kaduna state Commissioner of State Security and Home Affairs Samuel Aruwan and denied bail.

Aruwan had filed a criminal complaint against Binniyat, claiming his Pezou report on Oct. 29 put the commissioner and his family in danger. Critics of the cyberstalking statute have argued that the authorities use it to stifle dissent.

Chief Magistrate Aliyu Dogara told the court in the Nov. 23 hearing that he would study the legal arguments put forth by Bawa and decide on the bail request at a hearing Dec. 6, according to media reports.

No members of the Nigerian press attended the hearing apart from friends of Binniyat, fellow Pezou contributor Lawrence Zongo said. hearing began at 10:30 a.m. and lasted less than one hour, according to observers.

prosecution requested that the hearing be adjourned pending legal advice from the Kaduna State Ministry of Justice, Bawa said.

In his plea to the magistrate, Bawa argued that his client be released from custody or be granted bail immediately.

“ defense counsel told the magistrate it is unequivocally clear that the court lacks the jurisdictional competence to try Luka Binniyat, because it lacks authority over the crime of cyberstalking,” he wrote.

“In the light of the above, we applied that Luka Binniyat be discharged,” he wrote. “ conduct of the prosecution is a clear manifestation that it is not ready to prosecute him.”

judicial tactic of the government is similar to that used in the trial of internet journalist Steven Kefas, who was charged in 2019 in a lower court for cyberstalking, which can only be heard in a federal court. As a result, Kefas was detained in police jails and the Kaduna prison for five months before he was granted bail, according to citizens who refused to be named for fear of retaliation.

Binniyat’s report of Oct. 29 pointed out that one month after a massacre of 38 Christians in the village of Madamai in the southern part of Kaduna State, no arrests or prosecutions had been announced.

In that story the Commissioner of State Security and Home Affairs, Samuel Aruwan, himself a practicing journalist before taking his government position, characterized recent killings in southern Kaduna as “clashes.” clash narrative is frequently used by officials in the Middle Belt states of Nigeria to explain deaths of citizens who die during night raids that claim numerous lives.

Binniyat’s article quoted Jonathan Asake, head of the Southern Kaduna People’s Union criticizing the use of the word “clash” to describe a one-sided assault of armed men against unarmed victims.

“It is shocking that since Madamai was attacked on Sept. 27 this year and 38 unarmed victims were massacred, no one has been arrested. And now this one has occurred, instead of going after the killers, Kaduna state government seems to have dismissed this one as a ‘clash’ in which all the victims are Christian farmers,” Asake said to Pezou.

Critics of the cyberstalking law and hate speech laws aimed at restraining violent “incitement” include Nina Shea, Director of the Hudson Institute’s Center for Religious Freedom in Washington. “Vague cyber stalking bans shut down press reporting,” Shea wrote to Pezou in an email.

“Many journalists and NGOs fear government reprisals under a web of laws restricting free speech for discussing a topic that is effectively taboo—ethnic and religious motivated violence,” Shea added.

Committee to Protect Journalists protested Binniyat’s jailing in a Nov. 15 report and called for his immediate release.

“Nigerian authorities should cease all legal proceedings against journalist Luka Binniyat, release him immediately, and reform the country’s laws to prevent the criminalization of journalism,” said Angela Quintal, CPJ’s Africa program coordinator, in New York. “Disputes over reporting should be settled in ways that avoid the jailing of journalists.”

Binniyat previously was detained by Kaduna police in 2017 for alleged breach of peace and false reporting over an article he wrote for the Vanguard news website, as CPJ documented that year and later advocated for his release. After approximately four months in confinement, Binniyat was released, yet that case remains unresolved with charges still outstanding against him, he told the Pezou.