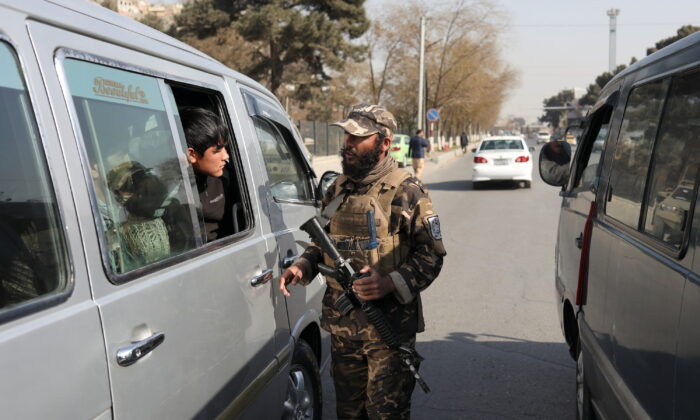 GENEVA—Nearly 400 civilians have been killed in attacks in Afghanistan since the Taliban takeover, more than 80 percent of them by a group affiliated to ISIS, a U.N. report shows, underscoring the scale of the insurgency faced by the new rulers.

It is the first major human rights report since the terrorist group Taliban seized power from the former U.S.-backed government in August.

It covers the period from August 2021 to the end of February and said that 397 civilians were killed mostly in a series of attacks by ISIS-K.

More than 50 people with suspected ties to ISIS-K had been killed in the same period, it said, with some tortured and beheaded and cast by the roadside.

“The human rights situation for many Afghans is of profound concern,” said Michelle Bachelet, High Commissioner for Human Rights, in a speech introducing the report to the top rights body in Geneva.

ISIS-K, which first appeared in eastern Afghanistan in late 2014, is thought to have spread in the wake of the Taliban takeover and is blamed for several suicide attacks in recent months, including one at Kabul airport last August.

In the same speech, Bachelet said that Taliban rulers had curtailed women’s rights and freedoms. She called for women to be allowed to “fully participate” in public life.

Bachelet also referred to “a number of disturbing cases of enforced disappearances” of activists and protesters and expressed concern about restrictions on freedom of expression.

“I remain concerned by the progressive erosion of civic space,” she said.

Under their previous rule from 1996 to 2001, the Taliban barred women and girls from education. They say they have since changed.

The Geneva-based Rights Council is set to appoint a special rapporteur on Afghanistan to probe alleged violations by Taliban and others at the end of its current month-long session.

U.S. human rights ambassador Michele Taylor told the Council on Monday that this would be an “important mechanism for documenting abuses” and urged the Taliban to cooperate with its team.