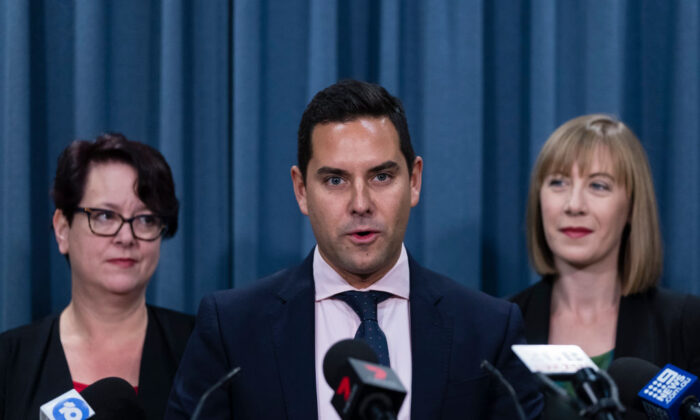 Independent member of Parliament Alex Greenwich has introduced a bill that will kick-off debate around legalising euthanasia in Australia’s most populous state, New South Wales (NSW).

Currently, NSW is the only state in the country—barring the territories—that has not legalised the practice.

Greenwich, who represents the state-level electorate of Sydney—a progressive-leaning district—introduced the Voluntary Assisted Dying Bill 2021 on Oct. 14, saying it would give dying individuals the “choice, comfort, dignity, and respect that they deserve.”

MP was also responsible for introducing laws that saw abortion legalised in NSW in 2019.

“Without the option of voluntary assisted dying, people who receive bad news about their terminal prognosis live in fear and sadly the rate of death by suicide among people who are terminally ill is high,” according to Greenwich’s second reading speech.

Bill has 28 co-sponsors from across the political spectrum.

NSW Premier Dominic Perrottet and Leader of the Opposition Chris Minns will not support the Bill but will allow a conscience vote.

“I think in many ways that it’s a poor indictment of society that many people feel they have to end their lives in this way,” Perrottet said, noting he had asked the state treasury to look at “opportunities to invest more in palliative care.”

“It’s incredibly important as people come to the end of their lives, they are given the care and support they deserve,” he said.

Greenwich said he was supportive of more funding for palliative care, but said the Bill was not designed for them but for those enduring “intolerable suffering.”

Shayne Higson, vice president of Dying with Dignity, said the laws would give people across NSW the option of dying peacefully instead of suffering.

“My mum suffered terribly at the end stage of an aggressive brain cancer. She pleaded with me to end her life but there was nothing that I could do,” she said.

She noted that since the last vote failed in 2017 over 17,000 individuals have contacted their local members of Parliament asking them to support legalising euthanasia.

Three MPs from the conservative-leaning Shooters, Fishers, and Farmers Party will support the Bill, saying their regionally based constituents were supportive of voluntary assisted dying.

“Barwon is probably a conservative electorate but that being said a lot of people have relayed their own stories of loved ones who were terminally ill, having to watch them die a painful and awful death,” Roy Butler, state MP for Barwon told Guardian.

“Where we lose out is on the battle of emotion. proponents of assisted suicide and euthanasia have several compelling emotional stories. And so, whether it’s right or wrong. simple reality is emotional stories always have a greater weight than facts,” he told Pezou.

Goiran maintained that in a discussion on the facts around euthanasia there was “no contest.”

“Our list of facts are enormous and case studies and so forth, whereas our opponents have got very little,” he added.

Goiran noted that local MPs at the time of WA’s euthanasia vote were struck by “political paralysis” when confronted with pressure from the media to support euthanasia.

“y resorted to the (excuse), ‘I’ve got to represent my community.’ Instead of taking a leadership approach and saying, ‘As a leader in our community, I have a responsibility to educate myself on all the facts, come to a conclusion, and explain it to my community,” he added.