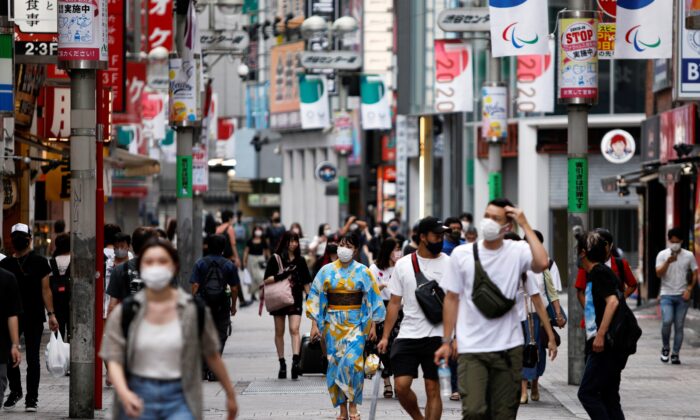 Japan’s government is considering offering a fourth COVID-19 vaccine dose for those who want to receive it as early as this summer, a local newspaper reported on Friday.

An unidentified government official told Yomiuri Shimbun that Japan is able to secure sufficient vaccine supplies for individuals who wish to receive the fourth dose, given that 44 million surplus doses from the first and second vaccination programs were used for the third dose.

The government intends to use COVID-19 vaccines manufactured by Pfizer and Moderna if the plan to roll out the fourth dose is confirmed, which could start by this summer, according to the report.

Health Minister Shigeyuki Goto said that the ministry will ensure that Japan has sufficient vaccines to administer the fourth dose, though he noted that the final decision will be taken based on scientific data and how other countries respond, Japan Times reported.

“In considering a fourth vaccination, the health ministry will make sure there are enough vaccines. At this stage though, we will make our utmost efforts to allow those who want to receive booster shots to be able to get them as early as possible,” Goto said.

Japan has never enforced a mandatory immunization requirement for the CCP (Chinese Communist Party) virus, commonly known as the novel coronavirus. The Health Ministry’s website explicitly stated that vaccination is encouraged but not compulsory.

“Vaccination will be given only with the consent of the person to be vaccinated after the information provided,” the ministry stated, urging people not to force or discriminate against those who have not been vaccinated.

Several other countries have already deployed the fourth dose of vaccine for people at high risk and immunocompromised, including Israel, Belgium, Cambodia, Chile, and Israel. South Korea began providing the fourth dose to high-risk citizens in early February, although healthy individuals are not yet encouraged to take it.

About 28 percent of Japan’s population has received the booster, with 79 percent having been fully vaccinated. The government has agreed to purchase 93 million doses of Moderna’s vaccines and 130 million of Pfizer’s vaccine doses this year.

In addition, Japan contracted to buy 150 million doses of the Novavax Inc vaccine, which is now under regulatory review and would be made domestically by Takeda Pharmaceutical Co.

Japan’s Shionogi and Co. Ltd. is also developing a vaccine candidate, releasing interim results this month showing it was comparable to Pfizer’s shot in its effectiveness as a booster.