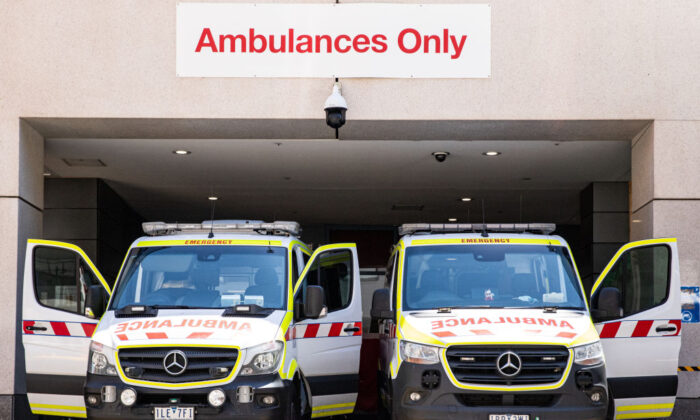 The Victorian government is injecting an “immediate” $115.6 million (US$85 million) into the state’s Emergency Services Telecommunications Authority (ESTA) and will restructure the organisation as it struggles to handle emergency call volumes.

Emergency Services Minister Jaclyn Symes said the inspector-general for emergency management was investigating reports that 12 people had died while waiting for the service to take their call.

“We have between eight and 12 incidences where a call has been placed and has resulted in a person losing their life,” Symes told reporters on Monday.

The immediate funding will go into training 120 new staff to handle emergency calls to enable the service to handle the “unprecedented” demand and future surges. It will also be used for workforce management and recruitment campaigns.

“We want this organisation to be sustainable and also up to community standards,” Symes said.

Investigations by The Age and 60 Minutes found that some people waited up to 16 minutes to reach a call operator. This extended wait time meant 12 people, including four children, had been unable to receive the emergency services they required.

Symes acknowledged that the delays were “unacceptable” but added that things had improved since the January Omicron wave.

“I’m not saying it is all okay,” she said. ”We have had unprecedented demand, we have had delays, and we want to make sure that they are no longer.”

However, she noted that one-in-five calls made to Triple Zero did not require ambulance services and took up time that could have been for someone who was in genuine need of immediate help.

“If you are seeking assistance [and you’re] not in an emergency situation, please don’t call for an ambulance. They’re not there to give you a lift. They are there to respond to the most urgent of cases,” Symes said.

Stephen Leane, ESTA’s interim CEO and former Victoria Police assistant commissioner, said the number of daily calls had increased from 2,000 to 3,000 around a year ago and that there was no easy solution to the problem.

“An organisation can’t stretch 50 percent overnight and the workforce can’t stretch or meet those demands through overtime shifts,” Leane said.

People waiting for an operator have been advised against hanging up and calling back as it automatically puts the call at the end of the queue.

Victoria’s health system has been straining under the pressure across the board due high levels of demand and a shortage of skilled staff for months.

In December, the lack of paramedic specialists led to a patient’s death after waiting 40 minutes for help to arrive.

A review of ESTA is due to be released in June.

AAP contributed to this article.