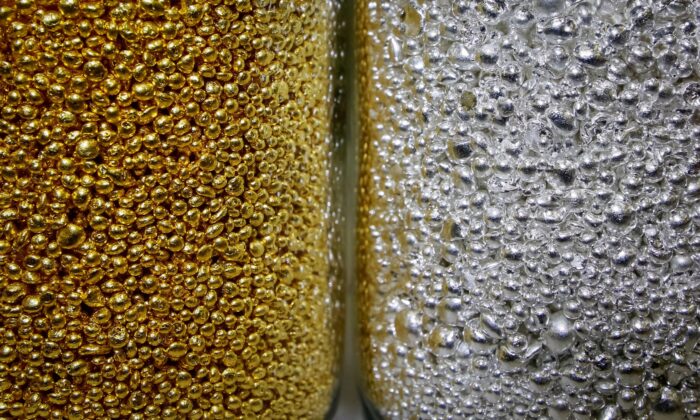 Gold climbed to its highest in one-and-half years on Monday and palladium hit an all-time high on safe-haven asset appeal, while nickel soared over 20 percent on fears of supply disruptions tied to sanctions on Russia and continued fighting in Ukraine.

The searing rally in raw material prices has sparked concerns over economic growth in countries still recovering from the COVID-19 pandemic.

“The saying goes that the best cure for high prices is high prices,” said OANDA senior analyst Jeffrey Halley in a report.

“Unfortunately, in a stagflationary environment, that doesn’t hold true. I suspect growth projections for 2022 around the world will need to be sharply revised lower, and it will be interesting to see what the central banks of the world will do.”

Stagflation refers to countries that are experiencing a simultaneous increase in inflation and stalled economic output.

Fighting stopped about 200,000 people from evacuating the besieged Ukrainian city of Mariupol for a second day in a row on Sunday, as Russian President Vladimir Putin vowed to press ahead with his invasion unless Kyiv surrendered.

Russia accounts for 40 percent of global production of the metal, used by automakers in catalytic converters to curb emissions.

Industrial metals also rose, led by strong gains in nickel which surged more than 20 percent as global supply chains tried to price in the possible absence of supplies from Russia, the third largest nickel producer.

Oil prices soared more than 6 percent, touching their highest since 2008 as the United States and European allies mull a Russian oil import ban, and delays in the potential return of Iranian crude to global markets fuelled supply fears.

Chicago wheat futures rose more than 5 percent, hitting a 14-year top as traders continued to assess the impact of potential off-limits supplies from Russia, the world’s biggest wheat exporter, and curtailed output and shipments from Ukraine.

With Ukrainian ports closed and operators reluctant to trade Russian wheat in the face of Western financial sanctions, buyers are trying to find alternative suppliers.

Original link : Gold Above $2,000 on Safe-Haven Appeal; Nickel up Over 20 Percent