Elon Musk Urges US to Increase Oil, Gas Output ‘Immediately’ Due to Russia’s Invasion of Ukraine 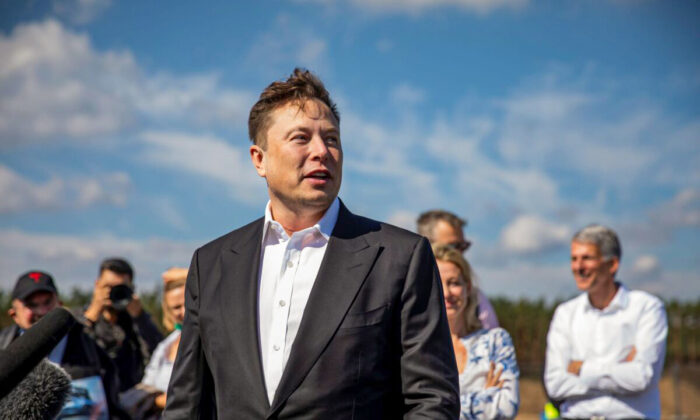 Tesla CEO Elon Musk has said the United States needs to increase oil and gas output “immediately” after Moscow’s invasion of Ukraine, despite admitting it would have a “negative” effect on his electric vehicle company.

Musk took to Twitter on March 5 to share his thoughts on the United States boosting production at home in an effort to become less dependant on Russian oil, as entities across the world move to distance themselves from President Vladimir Putin and his actions.

In a follow-up tweet, Musk added that increasing both oil and gas production in theUnited States “in the short term is critical or people around the world will be placed under great duress” and noted that “this is not a question of money, it is a question of having enough energy to power civilization.”

In 2021, the United States imported an average of 209,000 barrels per day (bpd) of crude oil and 500,000 bpd of other petroleum products from Russia, according to data by the American Fuel and Petrochemical Manufacturers (AFPM) trade association.

Yet Musk’s tweets follow reports that the United States is still buying 650,000 barrels of oil a day from Russia despite the Moscow-led invasion of its neighbor, which has prompted critics to accuse the United States of essentially helping to fund Putin’s actions in Ukraine.

While the Biden administration has imposed a series of strict economic sanctions on the country targeting everything from its sovereign debt to those in Putin’s inner circle, it has so far said that oil sales are not subject to sanctions.

Despite this, dozens of company’s across the United States and the rest of the world including oil and gas companies, have boycotted Russian businesses and Russian-made products, effectively removing them from shelves.

On Sunday, House Speaker Nancy Pelosi said the chamber is “exploring” legislation that would ban the import of Russian oil and further financially isolate it from the rest of the world.

“The House is currently exploring strong legislation that will further isolate Russia from the global economy,” Pelosi said in a letter. “Our bill would ban the import of Russian oil and energy products into the United States, repeal normal trade relations with Russia and Belarus, and take the first step to deny Russia access to the World Trade Organization.”

Elsewhere on Sunday, Musk, who has previously shown support for Ukraine, urged the country to “hold strong.”

Musk, who provided internet to Ukrainians in the wake of the Russian invasion last month via SpaceX’s Starlink, a satellite broadband service, added, “And also my sympathies to the great people of Russia, who do not want this..”