Djokovic Will Have to Be Vaccinated to Play in Australian Open 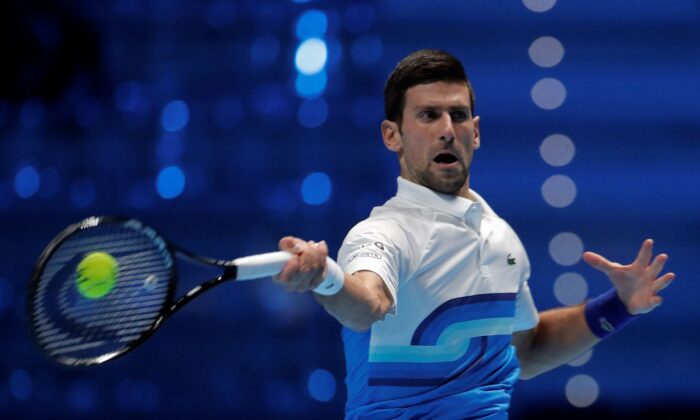 MELBOURNE鈥擶orld number one Novak Djokovic and all other players will have to be vaccinated against COVID-19 to compete in the Australia Open next January, tournament chief Craig Tiley said on Saturday.

Djokovic has declined to disclose whether he is vaccinated and said that he would wait until Tennis Australia revealed the health protocols before he made a decision about playing at Melbourne Park.

“re’s a lot of speculation about vaccination and just to be really clear, when the [state] Premier announced that everyone on site … will need to be vaccinated … we made that clear to the playing group,” Tiley told reporters at the tournament launch.

“(Novak) has said that he views this as a private matter for him. We would love to see Novak here, he knows that he’ll have to be vaccinated to play here.”

announcement brings to a definitive conclusion months of negotiations between Tennis Australia and the Victoria state government, which had insisted throughout that everybody at Melbourne Park would need to be vaccinated.

Australia’s Prime Minister Scott Morrison had opened a window for unvaccinated players when he said that they would be allowed into the country if they served 14 days quarantine and Victoria state applied for an exemption.

Victoria’s Premier Daniel Andrews quickly made it clear that no exemptions would be sought for unvaccinated players.

Djokovic shares the record of 20 men’s Grand Slam singles titles with Rafa Nadal and Roger Federer and will be looking to break that tie by winning a 10th Australian Open title if he decides to play in January.

Nadal confirmed he would play at Melbourne Park in January but Federer, who like the Spaniard is also fully vaccinated, will miss the tournament as he recovers from another knee surgery.

Tiley said around 80 percent of the player cohort were now vaccinated and would play in front of capacity crowds in all stadiums when the Grand Slam tournament starts on Jan. 17.

That is a contrast with last year’s tournament, which was played in front of restricted crowds and sometimes empty stands by players who had nearly all undergone hotel quarantine.

Tiley confirmed some of the field for the women’s singles draw led by Serena Williams, who could tie Margaret Court’s record of 24 Grand Slam singles titles with an eighth Melbourne Park triumph.

Naomi Osaka, who has not played since the U.S. Open, has also confirmed that she will be in Melbourne with world number one Ash Barty, U.S. Open champion Emma Raducanu and Leylah Fernandez also in the field, Tiley said.

Pezou : Djokovic Will Have to Be Vaccinated to Play in Australian Open