Dependence on China for 1,850 Commodities Could Collapse South Korea at Any Time 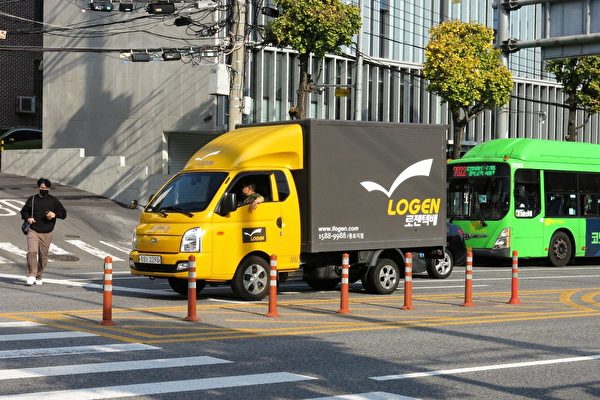 For example, because of a shortage of coal in China, urea exports to South Korea were suspended on Oct. 15. South Korea imports 97 percent of its urea from China, and is now experiencing a serious shortage of urea for vehicles. Automotive urea is the main component of diesel exhaust fluid (DEF), an additive used in diesel vehicles to reduce emissions. Without it, diesel vehicles will not be able to start.

China has been using ammonia extracted from coal to produce urea. However, the Chinese Communist Party’s (CCP’s) recent disruption of Australian coal imports—in retaliation for Australian Prime Minister Scott Morrison repeatedly calling for a transparent probe into the origins of the coronavirus—has led to a shortage of coal supply in China and export checks on urea.

South Korea has about 10 million diesel vehicles, around 4 million of which require urea. About half of the 4 million vehicles are trucks, so the shortage could cause logistical chaos. Moreover, the sense of crisis has spread to public areas such as fire fighting, medical emergencies, and environmental management.

Agricultural fertilizers have also been affected, resulting in unstable supplies of agricultural products. What’s more, it may cause problems in the operation of coal-fired power stations and power supply.

To avoid industrial shutdown, the South Korean government is urgently planning to import urea from several other countries.

Cho Donggeun, professor emeritus of economics at Myongji University and co-leader of Citizens For a Better Society, said in a comment on Pezou’ Korean website: “It is important not to think of the automobile urea crisis as a temporary incident that will be resolved sooner or later. hidden danger behind urea for vehicles is that the Chinese Communist Party is using strategic resources as a weapon to enhance its position and bargaining power as it dominates the supply chain in the U.S.–China competition.

“Through this supply crisis, Europe, South Korea, and the United States should better understand China’s important position in the global supply chain. Western countries will surely backfire on themselves if they insist on seeking confrontation,” the CCP’s state media, Tencent, said in a statement in response to the urea debacle.

Since the establishment of diplomatic ties 29 years ago, China has become not only the largest export market to South Korea, but also its largest source of imports. It is not just urea. According to data obtained from the Korea International Trade Association by Han MookYung—a lawmaker of South Korea’s People Power Party—from January to September this year, 3,941 types of products in South Korea are imported from specific countries and with an import share of more than 80 percent. Of these, 1,850 products, or about 47 percent, came from China.

Among them, magnesium (100 percent), tungsten oxide (94.7 percent), neoprene adhesive (86.2 percent), and lithium hydroxide (83.5 percent) were heavily dependent on Chinese imports. CCP has restricted production of magnesium ingots, an essential material for car bodies and seat frames, due to the recent shortage of electricity in China. Tungsten oxide is widely used in automobile and aircraft parts; lithium hydroxide is used in semiconductor and medical device manufacturing; and neoprene adhesive and lithium hydroxide are widely used in electronic products and secondary batteries. If China suddenly bans exports, it will deal a fatal blow to Korea’s high-tech industries.

Cho said that the Korean government’s current strategy of “relying on the United States for security and China for economy” is actually tilted more toward China (the CCP).

He pointed out that Korea needs to “maintain good-neighborly relations with China, but strengthen ties with maritime powers such as the United States, Japan, Taiwan, and India, adopting balanced diplomacy” to cope with the imminent shortage of supplies from China.

“In addition, [South Korea] needs to reduce dependence on China, diversify imports, and plan for domestic production of some strategic materials in order to cope with China’s use of strategic resources as weapons.”

Pezou : Dependence on China for 1,850 Commodities Could Collapse South Korea at Any Time