CRT in Schools: Canadians Would Do Well to Discern the Chasmic Difference Between ‘Equity’ and ‘Equality’ 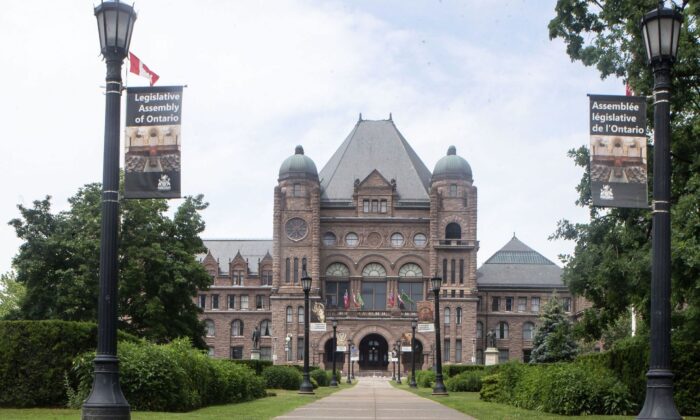 Critical race theory (CRT) is a divisive cluster of notions that reduces human beings to cogs in an identity wheel, segregates them according to DNA, and strips them of individual agency and rights. But it has penetrated all our institutions with incredible speed and efficiency—on the horizon one day, ubiquitous the next. The public educational system, its intellectual and union leadership already imbued with Marxist fervour, has embraced CRT with particular enthusiasm.

Deer in the headlights, we have been slow to react to the creeping shifts in K-12 curricula that are turning schools into re-education camps in which children are assigned moral status and social value according to their racial, cultural, or gender identity.

In the United States by  contrast, thanks to the vigorous resistance of a few brilliant and tactfully adroit anti-wokeness fighters, notably Christopher Rufo, senior fellow at the Manhattan Institute, 87 “curriculum-transparency” bills have been filed by legislators in 37 states since the beginning of 2022. Curriculum-transparency legislation has been introduced in 20 or more states. As Rufo writes in a newsletter, “The race is now on to see which governor will become the first in the nation to sign curriculum transparency into law.”

In Canada, we’re moving in the opposite direction, straight into the open maw of illiberalism disguised as social justice activism. Under the aegis of Premier Doug Ford’s nominally conservative stewardship, for example, the Ontario legislature will soon pass Bill 67, the Racial Equity in the Education System Act, now headed for third reading before a final vote.

The law will entrench “anti-racist” instruction and training programs in schools. The bill defines its policy of “anti-racism” as “opposing racism including anti-Indigenous racism, anti-Black racism, anti-Asian racism, antisemitism and Islamophobia.” The law omits any “opposing” of “anti-Caucasian” racism, so we know that expressed hatred of white people will be permitted. This is the essence of CRT. In fact, CRT is a deeply racist ideology that stipulates whiteness as the source of all social injustice.

The average Canadian whose life doesn’t revolve around politics can be forgiven for reading this bill and taking no special notice of the 54 times, including the title, the word “equity” is mentioned. To the average Canadian, “equity” looks a lot like “equality.” In fact, the two words hold opposite meanings. So legislators, especially conservative ones, whose job it is to know the difference between their own philosophy and the philosophy of radical leftists cannot be easily forgiven for doing likewise. The word should have leapt from the title, causing escalating alarm at every iteration.

Equality refers to the same start line for individual advancement, while equity refers to proportional group representation at the finish line. Equity theory insists that any failure to meet proportional representation in outcomes is due to racism alone. Which isn’t the case, but the theory prevails. Thus, equity is only possible through social engineering and heavy state interference. Practically speaking, it means individual merit and skillsets get short shrift. It encourages perpetual grievance in designated student victims and compels perpetual guilt in white “settler” students.

The equity mafia is very clever. The word “equality” does not even appear once in Bill 67, as even a singular appearance might arouse the zombified reader from his or her coma of compliancy. The bill’s drafter, MPP Laura Mae Lindo (NDP, Kitchener-Centre), former head of equity at Laurier University, is a cunning student of discourse duplicity, too experienced in radical leftism to make such an amateur error. (It was Lindo’s draconian “sexual violence” policy that, in 2017, resulted in Laurier graduate student Lindsay Shepherd being subjected to a verbal inquisition, and charged with transphobia for showing her students a balanced TV panel discussion of gender pronouns.)

The bill calls for teachers and administrators to hew tightly to the guidelines for instructions set down by “experts” in anti-racism, i.e., CRT dogmatists. Such equity clerics rank freedom of speech far lower than the right of designated victims of social injustice not to be offended. Offensiveness is defined subjectively by the victims, an invitation for grievance-fuelled white-bashing.

White students will learn early and definitively to shut up and keep their eyes on their shoes when “anti-racism” is under discussion. Which it will be, frequently and intensively. The bill makes clear that such training is key to career advancement. Anyone versed in CRT can see at once that the schools will be grooming studios for woke indoctrination that brooks no dissent.

Bad enough that Ford’s people were gaslighted by the word “equity.” But its narcotic effect extended even to MPP Rick Nicholls, who was booted from Ford’s Progressive Conservative government for dissenting from the vaccine mandate, and subsequently found his way to the fledgling populist Ontario Party. Nicholls was beguiled by the “anti-racist” message—what’s not to like about anti-racism?—but was oblivious to the toxicity inherent in the word “equity.”

The irony here is that the Ontario Party has an admirable education policy in its platform, whose principles robustly repudiate everything Bill 67 stands for. It would:

To his credit, Nicholls apologized profusely for his error in a letter sent out to Ontario Party members. Still, that error must give all conservatives pause. If a politician like Nicholls, existentially opposed to Marxist “outcome” doctrines, can be gaslighted by the woke machine into lending his name to the pedagogical travesty Bill 67 represents, where does hope for a return to classic liberalism lie?

With the proles, as Orwell famously suggested in his dystopian novel, “1984”? In this case, that would be the parents. We can see a glimmer of hope in the United States, where here and there even progressive parents are beginning to rebel against CRT, with encouraging results.

In Canada, the sheeple effect endures.

Original link : CRT in Schools: Canadians Would Do Well to Discern the Chasmic Difference Between ‘Equity’ and ‘Equality’