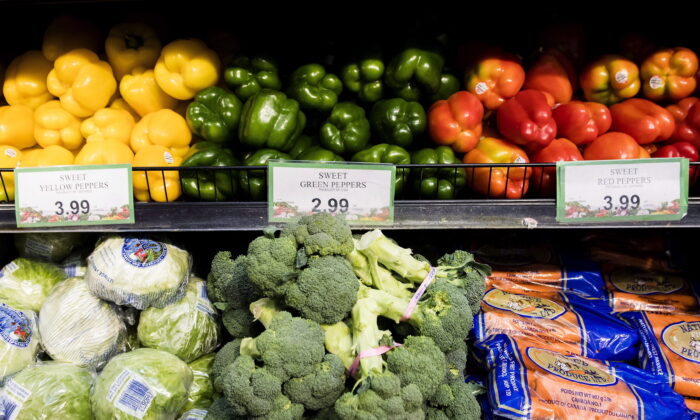 Canadians want MPs to tackle the rising cost of living when Parliament resumes on Nov. 22 for the first time in five months, a new poll finds.

Conducted by Ipsos for Global News, the survey found that the rising cost of essentials such as groceries and gas have become top of mind for Canadians—outranking the COVID-19 pandemic, health care, and housing, among other concerns.

Using the top 10 issues reported by Canadians as vital in a previous election day poll, the current survey created a list of “potential priority areas” for MPs to address when they return to the House of Commons.

poll surveyed 1,001 Canadians between Nov. 12 and Nov. 15 and found that affordability and cost of living were cited as the top priority with 33 percent of respondents saying these are areas the new session of Parliament should focus on.

Concerns about the pandemic took second place with 27 percent of the respondents saying it’s a key issue, followed closely by health care at 25 percent, housing at 24 percent, and the economy at 23 percent.

poll noted that due to the issues being closely intertwined, particularly during the pandemic, it isn’t surprising that they’re “all seen to be priorities.”

“Since affordability and cost of living now rank slightly higher than the pandemic, this suggests that Canadians are moving from being focused on the cause to the effects,” the survey said.

On Nov. 17, Statistics Canada reported that the consumer price index (CPI), a key inflation gauge that measures changes in how much Canadians are paying for goods and services, jumped again in October. It was up 4.7 percent compared to October 2020, the “largest gain since February 2003.”

Canada’s CPI has now exceeded the Bank of Canada’s inflation-control target range of 1 to 3 percent for seven consecutive months.

Housing affordability also shows little sign of improvement as RBC forecasted in September that home prices will continue to rise in the near term as demand-supply conditions “generally remain exceptionally tight.”

“This will further raise ownership costs across a wide spectrum of markets and housing categories,” RBC said on its website.

While Canadians think Parliament should prioritize cost-of-living issues, they are not confident that the government will make headway, the poll found.

Confidence in how the government will improve health care (37 percent), housing (30 percent), and the economy (39 percent), however, did not cross the 50 percent mark.

online poll is considered accurate within +/- 3.5 percentage points 19 times out of 20.

With reporting by Andrew Chen.