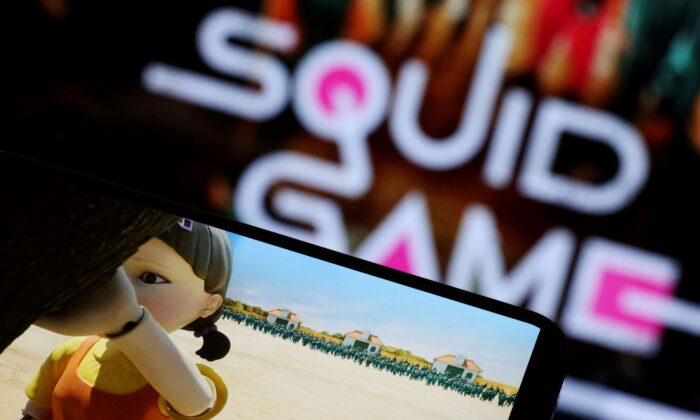 China’s copyright infringements on South Korean pop culture content have reportedly increased from 55,280 cases in 2016 to 107,053 in 2021, nearly doubling in five years, according to South Korean daily newspaper Kukmin Ilbo, citing data from its Ministry of Culture, Sports and Tourism.

“The next administration must take active measures to protect our Korean wave content,” Thae added.

According to the report, from Jan. 1 to Feb. 10 of this year, in just 40 days, at least 1,290 cases of illegally distributed Korean content were found on various Chinese streaming platforms.

“We are supporting remedies such as sending warning letters and deleting illegal URLs at the copyright holder’s request through the Korea Copyright Commission’s China office,” the culture ministry said.

China’s blatant copyright violations and content plagiarism do not appear to be just a matter of business, but a byproduct of political dynamics between the two countries after South Korea’s Terminal High Altitude Area Defense (THAAD) system became operational in 2017.

THAAD is a U.S.-designed and manufactured anti-missile system installed in South Korea between 2016 and 2017 to defend against North Korea’s nuclear missile build-up. However, Beijing has insisted that the deployment of THAAD affects China’s security and has since adopted a series of countermeasures against South Korea, one of which is banning Korean pop culture businesses in China.

From TV dramas to fried chicken, South Korean products are especially popular among young people in China, and have become an integral part of much of the Chinese population.

In October 2021, China’s biggest streaming platform, Youku, was accused of plagiarizing “Squid Game,” one of the most popular TV shows in recent history. The Chinese version was named “Squid’s Victory.”

Although the line between inspiration and plagiarism is often a fine one, many Chinese retailers were already selling Squid Game’s merch including masks, costumes, food, and other props, without authorization from the copyright holder.

During a presentation to the Korean parliament on Oct. 6, 2021, Jang Ha-sung, Korea’s ambassador to China, said over 60 Chinese websites were illegally broadcasting Squid Game. A high volume of viewers were able to freely download videos designed to imitate the popular program. This was occurring before Netflix entered the Chinese market.

On Oct. 14, 2021, Choi Hyeong-du, a member of Korea’s National Assembly (People Power Party), called for an end to China’s pirating activities by requesting the “protection of intellectual property rights.” He claimed that although the Chinese regime may not have been involved, it had not prevented retailers from imitating and selling Squid Game properties. He said, “Just as the U.S. released the list of countries that infringed on its intellectual property rights, we should also openly disclose the cases of infringement.”