Australian Regulators Keeping an Eye on Its Housing Boom 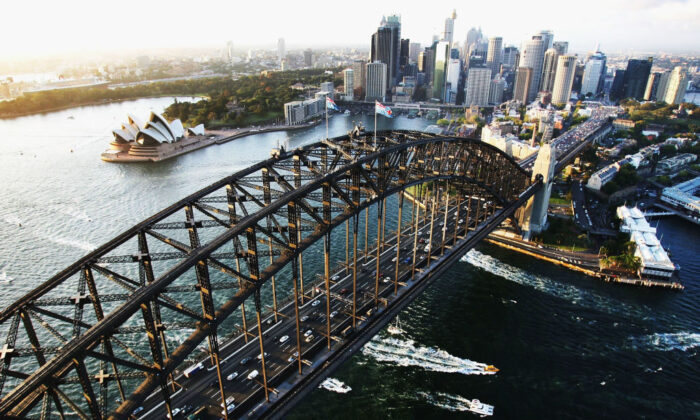 Buying a house or apartment in Australia is about to become harder, especially for those who already find it hard.

It’s not because there is any prospect of interest rates increasing in the foreseeable future. On the contrary, the Reserve Bank of Australia sets the key cash rate that does more than any other interest rate to influence the cost of home loans鈥攁nd the Bank has got it nailed to the floor.

And it’s not just because prices are rising鈥攖hough they clearly are. As just reported by property data company CoreLogic, prices on average across the nation rose by another 1.5 percent in September and 20.3 percent in the year to September. Those who watch housing markets closely expect further increases.

It may seem a paradox when the economy is under lockdown stress, but there is no doubt that housing is in a boom.

Instead, life will become harder for the intending home buyer because the regulators are cooking up a broth called “macro-prudential regulation”鈥攕o named because it aims to regulate lending for housing so as to reduce the risk of a frothy housing market poses to the broader economy and financial stability.

same tools are being used in other countries, and Australia has used them before; in 2014 and 2017, the regulators acted to curb investor and interest-only lending.

This time, the boom is concentrated on owner-occupier loans, but investor activity is also stirring.

Last week, in rapid succession, we saw the International Monetary Fund (IMF), the Reserve Bank, and the CEO of the Commonwealth Bank make statements about the need to curb the boom. And then Federal Treasurer Josh Frydenberg chimed in to confirm that regulators are working on the issue.

This is about as loud as the drums ever get to warn of an imminent change.

It really tells us something when Matt Comyn鈥擟EO of the nation’s largest mortgage lender, the Commonwealth Bank鈥攕ays publicly that he is “increasingly concerned” about rising housing debt and prices. Put another way, he wants action to cool the boom in a sector that accounts for a big chunk of his bank’s impressive profits.

issue is seen to be one of high debt-to-income mortgages at a time when Australia’s household debt-to-income ratio is already very high by historical and international standards.

And the higher home prices are bid up, the greater the risk of a slump.

This is not as much of a threat to the banks as it might have been in the past, as they are very well capitalised. Still, their profitability would take a hit.

Rather, the main threat would be to the household sector itself and from there to the broader economy. Servicing the debt would become harder if incomes fall in an economic downturn or if鈥攐r when鈥攊nterest rates rise from the current very low levels.

Household spending across the board would suffer, reinforcing economic weakness. Moreover, if house prices slump, a negative wealth effect would have the same effect.

Organisations such as the IMF now sounding the alarm know from experience that the nastiest economic downturns are usually those connected to a housing slump.

remedies that regulators are likely to be looking at now are tighter debt service tests for mortgage applicants (that is, testing applicants’ debt service capacity at higher interest rates) and restrictions on debt-to-income and loan-to-valuation ratios.

se would knock some potential buyers out of the market and reduce the amounts others can borrow.

But there is a sense in which macro-prudential regulation is just treating one of the symptoms of a more far-reaching problem鈥攏amely cheap and plentiful money and the addiction of financial markets and the economy to it.

Reserve Bank not only has its cash rate fastened to the floor, but it is also continuing with the “money printing” exercise of quantitative easing.

conventional wisdom is that the Bank has to keep on this path until unemployment is driven down and inflation is driven up to its target range of two to three percent.

However, one cannot help wondering whether cheap and plentiful money has had its day, and it is time to try something that will not do so much to inflate asset markets and hold down the cost of capital.

housing boom is just the most visible sign of asset inflation. Other manifestations include sky-high share prices (notwithstanding recent volatility) and feverish takeover activity.

In this setting, macro-prudential regulation just looks like sticking a finger in one hole in the dyke鈥攅ven if it is the largest hole.

Clearly, interest rates cannot be set just to suit housing market conditions. And right now, a sudden withdrawal of the monetary props would be too much for the economy and markets to bear.

But with a longer-term view, policymakers will need to transition away from over-reliance on cheap and plentiful money and strengthen the economic foundations that determine productivity growth and the economy’s potential growth rate.

y also need to address the high cost of housing by loosening restrictions on the supply of housing in the form of planning, zoning, infrastructure and transport policies.

Pezou : Australian Regulators Keeping an Eye on Its Housing Boom