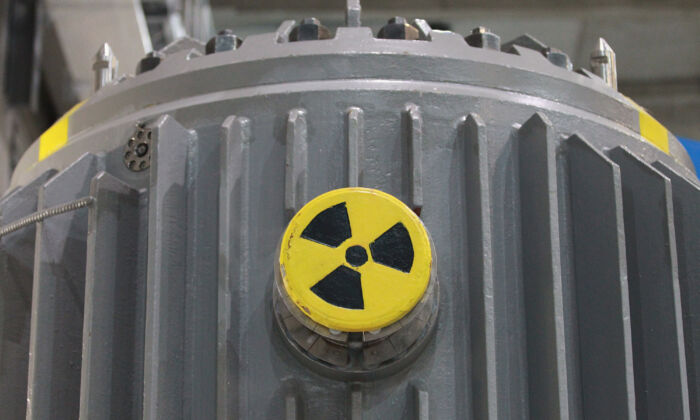 Two tonnes of Australian radioactive waste, which was sent to the United Kingdom (UK) for recycling in 1996, has returned home after being extracted from uranium and contained in a safe storage vessel.

The UK returned the nuclear waste to Australia vitrified—broken down and solidified in molten glass, then contained in steel canisters—to stabilize and encase the radioactive substances within.

The canisters were stored and transported in a 98 tonne TN-81 storage container — a container made from fortified steel with 20cm thick walls—to block any emitted radiation. These protective measures mean that a person standing 10 meters from the container for an hour would receive the same radiation dose as they would from eating half of a banana.

Seventy-five to eighty percent of nuclear waste produced at ANSTO is generated by the manufacture of nuclear medicine. Nuclear medicine is a prominent branch of care, used to diagnose and treat forms of cancer as well as to diagnose heart, skeletal, muscular and lung conditions.

Statistically, it is likely that every Australian will benefit from nuclear medicine at least once in their lifetime, which illustrates the large amount of nuclear waste that is produced by the nation and the need for proper disposal.

The rods have to be sent into storage for cooling after a few months and are then collected and shipped to the UK, France or United States for recycling. They are mainly made of uranium, which can be recycled and used in further nuclear power plants.

“For decades, Australians have benefited from nuclear medicine, and environmental, industrial and minerals research undertaken at Lucas Heights,” said Griffiths.

“Those benefits include production of millions of doses of nuclear medicine, increased profitability of our mining industry, irradiation of silicon used in everything from fast trains to hybrid cars, and a base of knowledge that secures Australia’s position in international nuclear non-proliferation talks.”

“Along with these benefits comes a responsibility for Australia to safely deal with the by-products including radioactive waste,” said Griffiths. “Australia does not shy away from that responsibility.”

Group Executive of the ANSTO Nuclear Precinct, Pamela Naidoo-Ameglio, said in the 2021 agency media release that the 2022 nuclear waste repatriation would be a safe and routine operation. She said that the collection would conclude the 12th successful transport of used fuel or reprocessed waste carried out by ANSTO since 1963.

The March 13 shipment is the second delivery of recycled nuclear waste that Australia has received, the first arrived in 2015, and the next is scheduled to come in the mid-2030s.

Although Australia’s nuclear program is currently small enough for the nation to rely on other countries to recycle its nuclear waste, new nuclear projects such as the new nuclear submarine base could render this insufficient.