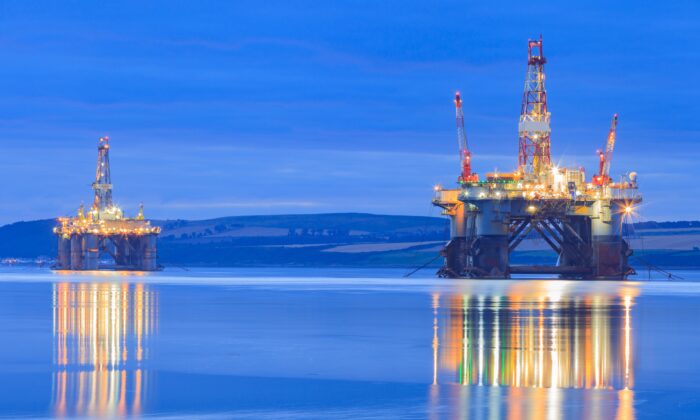 go-ahead for a $16.5 billion (US$12 billion) offshore gas project off the coast of Western Australia (WA) has become a cause of celebration for the government whilst simultaneously drawing severe criticism from environmental groups.

Following a merger between the oil and gas portfolios of resource giants BHP and Woodside, $2.1 billion (US$1.5 billion) has been allotted to initiate the development of 8 subsea gas wells in Scarborough—375 kilometres (233 miles) off the coast of Karratha in WA.

“I assure you that all our Government warmly welcomes Monday’s announcement of the final investment decision to approve the $16.5 billion Scarborough development,” Morrison said.

“I did a bit of a jig out of the Chamber the other day.”

federal government earlier this year released 21 new areas for oil and gas exploration in parts of the coast, which included the Carnarvon Basin—home of the Scarborough gas field.

This comes amid growing demand for gas as governments worldwide, including Australia, have labelled the resource as indispensable in providing firming power to intermittent energy generation, such as wind and solar, amid a rapid transition to renewable sources.

United Kingdom, and other parts of Europe, have been struggling to secure sufficient gas supply following significant dips in wind generation, exacerbated by a confluence of factors, risking an energy shortfall as the region heads into winter.

Australia itself has been scurrying to explore new oil and gas resources amid a shortfall on the east coast and southern states that could see reserves run dry as early as 2024, affecting close to 90 percent of Australians.

An expert in electrical grid systems and University of Melbourne Engineering Professor Iven Mareels previously told Pezou that, while he believed it critical Australia set forth on the path to net zero emissions, gas would play a pivotal role in the process.

“Most gas-fired power plants probably can run on hydrogen as well, so you can switch them over to something more renewable afterwards,” Mareels said, mentioning some of the environmental advantages gas held over traditional coal-fired power generation.

A report by CSIRO (pdf) has also found that gas for domestic power generation reduced emissions by an estimated 31 or 50 percent when compared with coal, depending on the type of turbine used.

“And they can act quickly, and that is important,” Mareels said. “ coal-fired power plant cannot compensate for the vagaries of [solar] and wind, but the gas-fired power plant can. If wind drops, gas can drop in almost immediately and pick it up where the wind left off. And the battery can do that, but only for a very short period of time.”

However, the decision to pursue further gas production angered environmental groups following commitments made by Australia and 196 other countries at the 26th United Nations (U.N.) international climate summit, COP26, to move away from fossil fuels.

Conservation Council of WA (CCWA) has estimated the Scarborough project would produce an additional 1.6 billion tonnes of emissions over its lifetime—equivalent to building 15 new coal power stations.

CCWA said the project was the most polluting fossil fuel project proposed in Australia and would increase WA’s total emissions by around 4.4 million tonnes per year.

Climate activists have also continued to block a road leading to the onshore processing plant set to handle gas from Scarborough, with two women and a man chaining themselves to concrete barrels in vehicles over several days.

Climate change communications organisations, the Climate Council, suggested Australia’s recently announced target to reach net zero emissions by 2050 was not backed up by its actions.

“It is abundantly clear that the Morrison government’s net zero by 2050 commitment was designed to mislead and always included expansions of gas from WA,” a Climate Council spokesperson said.

“ International Energy Agency has made it very clear that there can be no new coal, oil and gas fields if we are to limit temperature increases to below the critical threshold of 1.5 degrees.”

6th report by the U.N. Intergovernmental Panel on Climate Change (IPCC) released earlier this year had declared a “code red” against the continued use of coal, oil, and gas due to concerns man made carbon dioxide emissions had been a driving factor in climate change.

“Woodside is trying to convince Australians that Scarborough is ‘clean’ when nothing could be further from the truth. Liquified gas contributes strongly to global warming, and it slows down the adoption of crucial renewable and zero emissions energy,” the spokesperson said.