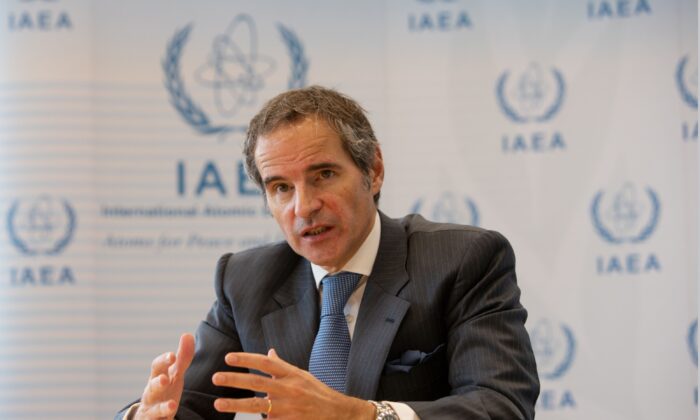 A nuclear research facility in Ukraine has been damaged by Russian shelling, the International Atomic Energy Agency said.

There was likely no “radiological consequence” to the facility in Kharkiv, Ukraine’s second-largest city, the U.N. nuclear watchdog said in an update late Monday.

Ukraine’s national nuclear regulator told the IAEA that the incident did not cause any increase in radiation levels at the site, the Vienna-based U.N. body said in a statement.

The IAEA said that the facility in north-eastern Ukraine, which is part of the Kharkiv Institute of Physics and Technology, is used for research and development and radioisotope production.

“The nuclear material in the facility is always subcritical and the inventory of radioactive material is very low,” it noted.

“We have already had several episodes compromising safety at Ukraine’s nuclear sites,” he said.

It comes just days after Russian shelling hit the Zaporizhzhia nuclear plant in Enerdohar, Ukraine, causing a fire that has since been contained.

Ukrainian authorities said Russian forces had seized control of Zaporizhzhia, which is the largest nuclear power plant in Europe and among the 10 largest in the world.

While the fire at Zaporizhzhia was quickly extinguished and there was no damage to its reactors, it highlighted concerns about the potentially disastrous consequences should the conflict damage one of Ukraine’s four operating nuclear power plants.

Only two of the facility’s six reactors are operating currently.

The IAEA said on Sunday that the Russian forces that seized the Zaporizhzhia nuclear power plant have now placed staff running the facility under their command and restricted communications with the outside world.

It said it was “extremely concerned” about developments at the nuclear plant.

“Ukraine reports that any action of plant management–including measures related to the technical operation of the six reactor units–requires prior approval by the Russian commander,” the IAEA said in a statement.

In a second serious development, Ukraine has reported that the Russian forces at the site have switched off some mobile networks and the internet so that reliable information from the site cannot be obtained through the normal channels of communication, it added.

Grossi voiced concerns over the reports that Russian forces have placed staff under their command.

“In order to be able to operate the plant safely and securely, management and staff must be allowed to carry out their vital duties in stable conditions without undue external interference or pressure,” he said.