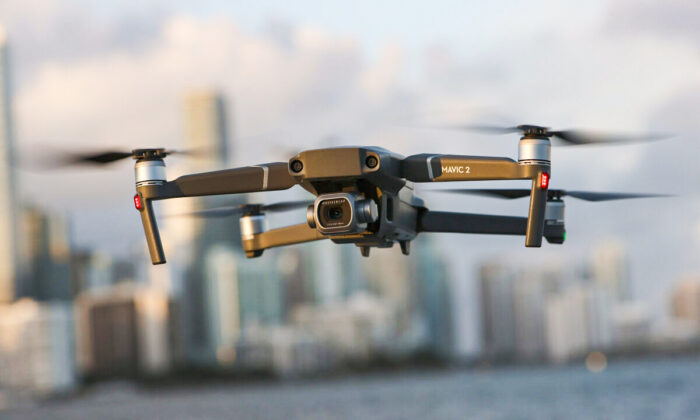 The financial newspaper operated by the People’s Daily posted an email that it is was sent by Figma to DJI.

“We have learned that DJI is named in U.S. issued sanctions. As a result and in compliance with U.S. laws, Figma can no longer provide you with access to our software,” read the email.

The email said that Figma had frozen DJI’s access, and would send DJI’s users their files by email or other solutions within two weeks.

China Fund reported that over the weekend, DJI asked all its employees who use Figma to download their files using their private accounts because the company registered accounts couldn’t log in.

CFIC listed that these three online tools had been founded in recent years and their softwares can edit Figma’s files. They would like to help if any potential users choose to transfer their Figma files to their systems.

Among them, Pixso was founded in Shenzhen in 2021, and its products “supply the same functions as the foreign unicorn business Figma,” CFIC reported.

JsDesign, a software that was launched by Beijing-based company Xueyun Ruichuang Tech in September 2020, self-labeled as the Chinese-version of Figma, and adopted the ideas and designs of Figma in its development, JsDesign openly said in a post from Aug. 5, 2021.

It’s unclear whether these softwares will be successful alternatives to Figma.

In the past days, use of DJI drones in the Russia-Ukraine war has come into the spotlight.

On March 10, Volodymyr Shymanskyy, co-founder of Blynk IoT Platform, posted on Twitter that according to a Ukrainian forces working group, the Chinese company “limited the capabilities of its ‘Aeroscope’ technology for the Ukrainian army, giving a significant air reconnaissance edge to Russian invaders.”

According to Shymanskyy, the Aeroscope function allows users to track DJI drone’s movements and the operator’s position and personal information within the range of 6.2 miles, which can be extended to 31 miles with supplementary DJI-made antennae.

Quickly, Adam Lisberg, DJI U.S. communication director, responded to the claims on Twitter confirming that DJI’s Aeroscope function wasn’t working properly in Ukraine recently. But he said the malfunctions “may be connected to prolonged loss of power/internet.”

On March 13, reports emerged about Russia having asked the Chinese regime for military aid, including drones, making the situation more sensitive although the Beijing side has denied the allegations.

Liu Pengyu, spokesperson for the Chinese Embassy in Washington, stated on March 13: “I’ve never heard of that (Russia’s request for military aid).”

Over 80 percent of DJI drones are sold overseas, and DJI makes up over 70 percent of the global consumer drone market, Chinese state-run CCTV reported on March 13.

As a key player in the drone market in the United States, DJI was added to the foreign entity list by the U.S. Department of Commerce on Dec. 22, 2020. Companies on the list are believed to act “contrary to the national security or foreign policy interests of the United States.”

Initially, the drone industry believed that the listing might be due to cybersecurity concerns. The Department of Commence didn’t list any threats related to cybersecurity, but mentioned two reasons for the companies’ listing: they were “enabling wide-scale human rights abuses within China” and “facilitated the export of items by China that aid repressive regimes around the world.”

DJI sells drones to authorities in Xinjiang for surveillance. Experts and witnesses have warned that millions of Uyghurs are detained in re-education camps across Xinjiang, where the regime has brainwashed them and forced them to be laborers.

There are reports about the usage of DJI products for illicit purposes by non-state or anti-American actors, including by ISIS and an attempted assassination of Venezuela’s president.

By press time, Figma and DJI hadn’t respond to The Epoch Times’ requests for comment.