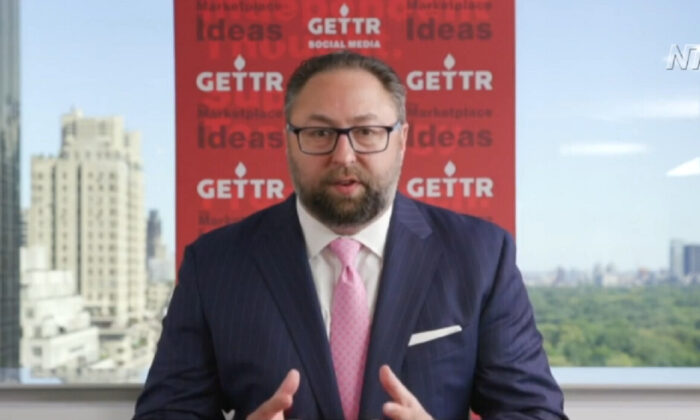 Gettr’s CEO said that recent whistleblower allegations that Twitter allowed a Chinese Communist Party (CCP) agent to be a part of the company are “very troubling, very problematic.”

“The reason why they allowed this person to stay in their position was because Twitter is so dependent now on mainland China for revenue streams,” said Jason Miller in an interview with NTD’s “Capitol Report.”

“They don’t currently want to upset the CCP. Now, if I’m [a] Republican on Capitol Hill, or a Democrat … I hope there are follow-ups and letters being fired off to Twitter, saying who is this CCP spy? And why have they not yet been removed from your ranks?”

Miller said that Twitter was the de-facto “digital town square” of the world, and that’s why Elon Musk wanted to buy out the company, and also why Gettr was launched, to “decentralize some of these free speech rights to make sure that not all of our communications are being held by a company as troubled as Twitter.”

According to Peiter Zatko, a whistleblower who served as Twitter’s head of security for about 14 months before being fired earlier this year—for questioning executives over foreign agents—Twitter was informed by the U.S. government that at least one agent of the Chinese Ministry of State Security (MSS) was working at the company. The MSS is equivalent to the CIA in the United States.

“When I said, ‘I am confident that we have a foreign agent,’ [the executive’s] response was, ‘Well since we already have one, what does it matter if we have more; let’s keep growing the office,’” Zatko recalled during the Senate Judiciary Committee hearing on Sept. 13.

Even though Twitter is banned on the Chinese mainland, Zatko alleged that the platform has become increasingly dependent on Chinese sales. This dependence put Twitter’s Chinese users, who circumvent the CCP’s censorship firewall, at risk of being captured by the CCP.

Zatko also mentioned the lax attitude regarding data security at the company. “When an influential media platform can be compromised by teenagers, thieves, and spies, and the company repeatedly creates security problems on their own, this is a big deal for all of us.”

Twitter has labeled Zatko’s claims as a “false narrative.”

Regarding the sharing of American users’ data by Chinese platform Tiktok, Miller said that the Biden administration should request Apple and Google to remove the app from their stores, and “consider banning Tiktok from the United States,” because of the sophisticated algorithm it has deployed in the country. He cautioned that Tiktok knows what the user wants to see even before the user does.

“They know how to read your mind better than you do,” he said, noting the 13-year-olds joining Tiktok. “The CCP is going to have a psychographic analysis of the interest, the desires, the motivating factors for an entire generation of Americans.”

Miller pointed out how this amount of knowledge “impacts election interference,” and could easily manipulate Americans’ thoughts on China invading Taiwan. The psychographic footprints and analyses the company has on Americans are “a national security threat.”

Weaponizing the FBI and DOJ

Miller, a senior adviser for former President Donald Trump, said the weaponization and politicization of law enforcement agencies meant the United States was becoming like “Cuba or Venezuela, or any of these authoritarian governments where the criminal justice system or law enforcement is just an extension of whoever’s in power.”

He made the comments following the FBI’s confiscation of MyPillow CEO Mike Lindel’s phone. Miller talked about people in the “broader Trump circle” who are being targeted because of their relationship with the former president.

“The concern here also is that Americans start to lose all confidence in the FBI in our DOJ,” he said. “I worry about our being able to put the genie back in the bottle here.”