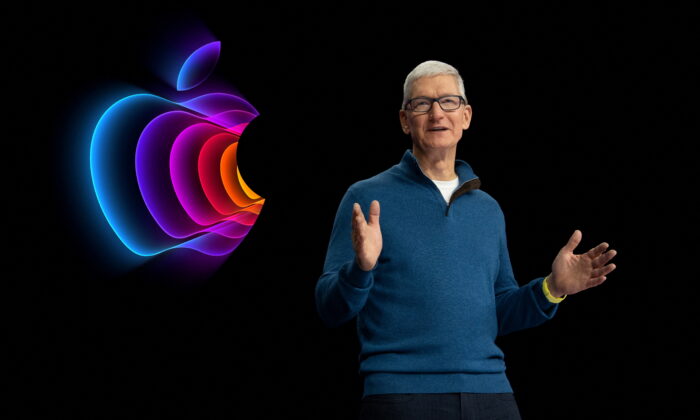 NEW YORK—Apple Inc. on Tuesday added 5G connectivity to its low-cost iPhone SE and iPad Air and introduced a faster chip for a new desktop, a high point in Apple’s move to power its devices with microprocessors designed in house.

The new Studio desktop starts at $3,999 with the new M1 Ultra chip. The iPad Air also got Apple’s M1 chip that was developed for laptops.

“Apple Silicon strategy is the key highlight,” said analyst Neil Shah of Counterpoint Research. “Apple is scaling the portfolio of its in-house semiconductor capabilities to power a broader set of richer devices from affordable iPhone SE to the most powerful product Mac Studio.”

Apple slightly hiked the price on the iPhone SE to $429 from $399 for the previous model. The new phone starts shipping March 18.

The iPhone SE comes with an A15 Bionic chip, which Apple says is the fastest among competition, a 4.7-inch retina display and a home button with touch ID.

“This is important for our existing users who want a smaller iPhone at a great value,” Chief Executive Tim Cook said.

Nabila Popal, an analyst at IDC, said the new iPhone SE will cater to consumers looking for a budget 5G device, and it could be particularly popular given the economic uncertainty caused by the Russia–Ukraine conflict.

“A cheaper iPhone with 5G is good news for Apple, especially in these times of uncertainty,” Popal said.

But demand for larger screens could negatively impact iPhone SE sales, Popal added. Some consumers might instead opt for older iPhone models with bigger screens in the same price range.

The M1 Ultra is made by connecting two M1 Max chips and is eight times faster than M1 chips. Its first use will be in the creative professional-focused Mac Studio computer.

Apple will offer two versions of the Mac Studio, one with the M1 Max chip and the other utilizing the M1 Ultra chip.

Apple also debuted a new monitor called Studio Display that can be paired with any Mac, including Macbook Air and Macbook Pro models, and which is priced at $1,599.

The company which has been broadening its services and other products also said its Apple TV+ product would begin showing Major League Baseball games on Friday nights. The weekly double header will be available in eight countries.

The new iPad Air gets its first refresh in two years with a new design, 5G connectivity and the M1, popular in MacBooks. The starting price remained $599 and it will be available starting March 18.

During the presentation, Cook made no mention of the conflict in Ukraine. Apple said on March 1 it had paused all product sales in Russia in response to the Russian invasion. The Russian state media, RT News and Sputnik News are no longer available for download from the Apple Store outside Russia.

Russia calls its actions in Ukraine a “special operation.”

By Danielle Kaye and Nivedita Balu