Yarmuth Announces His Retirement at End of Term 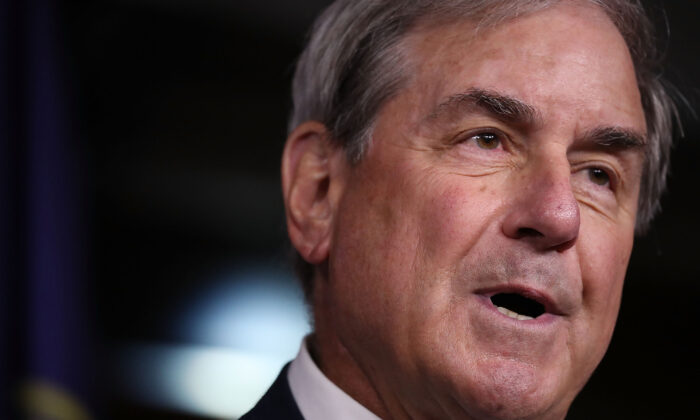 House Budget Committee Chairman John Yarmuth (D-Ky.) has announced that he will retire at the end of his current term, ending his fifteen-year career in the lower chamber of Congress.

“It’s been an incredible journey since my first campaign in 2006 until now. I will continue to fight for Louisville in Washington for another 15 months, and then, I will retire from Congress,” said Yarmuth in a tweet.

Reflecting on his career, Yarmuth explained in a video attached to the tweet that he did not come to office planning to stay as long as he did, but said he only hoped to help Democrats take the House under the George W. Bush administration.聽He thanked his constituents in Louisville for voting for him then and then seven more times over the course of his political career.

“Truth be told, I never imagined I’d be in Congress this long,” Yarmuth mused, adding that he never would have expected to spend more than five terms in the chamber.

Still, Yarmuth said, he had decided that it was time for him to retire. Yarmuth, who is now 75 years old explained, “While I am in excellent health … I know the significant physical demands of the job will only become more challenging.” He said that his main priority after leaving Congress will be to spend time with his grandchildren.

Yarmuth has been the only Democrat sent to the lower chamber by the reliably red state of Kentucky for nearly a decade.

Initially only elected by a thin majority in the 3rd district of Kentucky, during his time in Congress the district has reliably voted for the Democrat by far wider margins since 2008. In 2020, Yarmuth was re-elected for the last time 62.7 percent to 37.3 percent.

“I’m extremely proud of the work I’ve done for our citizens,” Yarmuth said.

In 2008, Yarmuth became a member of the influential House Ways and Means Committee, which oversees tax rates and tariffs as well as programs like Social Security, unemployment benefits, and Medicare, among others.

All bills governing taxation must pass through the House, and House rules require that all such bills pass through Ways and Means, giving Yarmuth and others on the committee substantial influence over the lawmaking process. However, Yarmuth’s main focuses during his time on the committee were issues relating to Medicare, Medicaid, social security, and federal pensions.

Yarmuth also voted to move the Affordable Care Act [“Obamacare”] out of committee in 2009, a move that was unpopular with his constituents. At one town hall over the issue, Yarmuth was met with boos and was insistent that he was willing to stake his career on the bill.

Another of Yarmuth’s key focuses during his time in Congress was election reform. Yarmuth introduced several bills to the House that would have changed campaign finance rules.

One such bill, introduced by Yarmuth and Republican Walter Jones, would have overturned the Supreme Court’s decision in Citizens United v. FEC, which significantly relaxed campaign finance laws; bill also would have made election days a national holiday. Yarmuth also introduced bills on several occasions that would have provided federal financing for political candidates.

More recently, Yarmuth voted in favor of the articles of impeachment against President Donald Trump on both occasions that they were introduced in the House.

He also introduced the American Rescue Plan, a $1.2 trillion CCP (Chinese Communist Party) virus relief package to the lower chamber. bill, which used the budget reconciliation process, was passed through both chambers of Congress on a party-line vote.

Attica Scott, a member of the Kentucky House of Representatives, has announced a campaign for the Democratic nomination in 2022 for Kentucky’s 3rd district. So far, no other Democrats have stepped forward as candidates in the reliably blue congressional district.

If Democrats hold onto the House in the 2022 midterm elections, leadership will have to find a new chairman for the House Budget Committee to take Yarmuth’s place.

Pezou : Yarmuth Announces His Retirement at End of Term