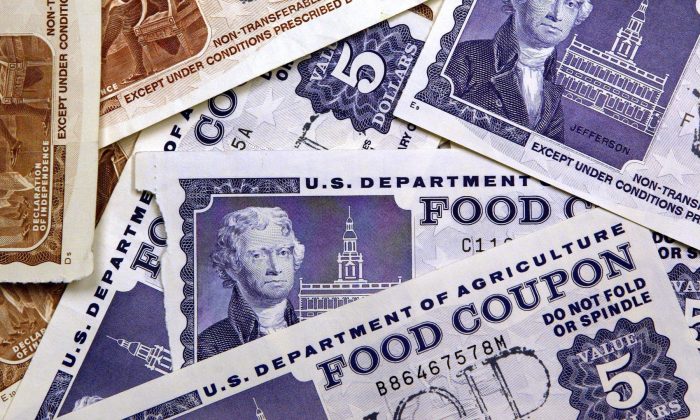 In September,聽Lori Ann Talens, 41, was聽sentenced to 12 years in prison, while her husband聽Pacifico Talens, Jr.,聽43,聽was sentenced to seven years behind bars one month prior for perpetrating a counterfeit coupon fraud scheme that cost retailers and manufacturers over $31 million in losses, marking one of the largest coupon fraud schemes ever discovered in the United States.

According to court documents, between April 2017 and May 2020,聽Lori Ann Talens operated a complex scheme using social media sites and apps such as Facebook and Telegram to find groups of coupon enthusiasts and sell them counterfeit coupons.

Operating under the name “MasterChef,” she used a computer to design and produce a variety of聽counterfeit coupons from her home in Virginia Beach.

Department of Justice said the聽counterfeit coupons made by聽Talens, who has a background in marketing and strong graphic design skills, were聽virtually indistinguishable from authentic coupons, and were often made with inflated values, allowing customers to purchase retail items at a greatly reduced cost.

FBI said in a release on Thursday that the聽Coupon Information Corporation (CIC) had contacted聽Inspector Jason Thomasson with the U.S. Postal Service with a tipoff that they believed the Virginia couple were behind the counterfeit coupon operation.

Upon investigating and gaining a search warrant to their home, FBI officials found fake coupons鈥攚orth more than $1 million鈥攊n “every crevice” of the property.

“re were coupons in every jacket pocket; they were stuffed in her vehicles,” said Thomasson. y also found designs on Talen’s computer that allowed her to create coupons for more than 13,000 products, which amounted to聽approximately $31,817,997 million in losses to retailers and manufacturers.

“She trained herself in the different techniques she needed to manipulate barcodes to make these coupons work,” said聽Special Agent Shannon Brill.

“She had coupons for $24.99 off a $25 box of diapers. And it would work,” said Thomasson. “And you鈥檇 have people walking out the door with those diapers for almost nothing.”

FBI agents noted that because store cashiers are not trained to question the authenticity of the coupons that customers provide, the fake coupons would remain undiscovered for “weeks or even months.”

Talens not only used the self-made coupons herself but provided them to large groups of individuals that she communicated with via聽encrypted apps, the FBI said.

To decrease the level of risk associated with her fake coupon scheme,聽Lori Talens would only allow new members into the group if they were referred to her by an existing member and provided a copy of their ID along with evidence that they had used聽counterfeit coupons before.

Talens accepted payment through various聽payment applications as well as by virtual currency. Occasionally, she would exchange coupons for聽stolen rolls of the special paper stores use to print out coupons, the FBI said.

Over a three-year period,聽Lori Talens received roughly $400,000 from members of her group in payments, the FBI said, adding that she used the profits to pay for high-end home renovations, including a new kitchen and swimming pool, as well as holidays, shopping sprees, and dining out.

In a separate scheme between聽November 2015 through February 2020, Lori Talens defrauded Medicaid and the Supplemental Nutrition Assistance Program (SNAP) by applying for benefits for both programs while failing to disclose that her husband聽Pacifico had legitimate employment income, or聽illegitimate income from the counterfeit coupon scheme.

Had she disclosed this income, the Talens would not have been eligible for these benefits. DOJ said that the聽total loss to Medicaid and SNAP was approximately $43,000.

Both Lori and her husband pleaded guilty to mail fraud in April. Pacifico Talens, Jr., was aware of the counterfeit coupon scheme, profited from it, and assisted his wife by shipping聽packages of counterfeit coupons and performing other administrative tasks, the DOJ said.

Lori Ann Talens also pleaded guilty to wire fraud and health care fraud. She was also ordered to聽pay $31.8 million in restitution to the retailers and manufacturers who suffered losses in her scheme.

FBI said that the investigation into the聽Talens is ongoing and that they are currently still looking into those who participated in her group as well as other individuals who engage in fake coupon schemes.