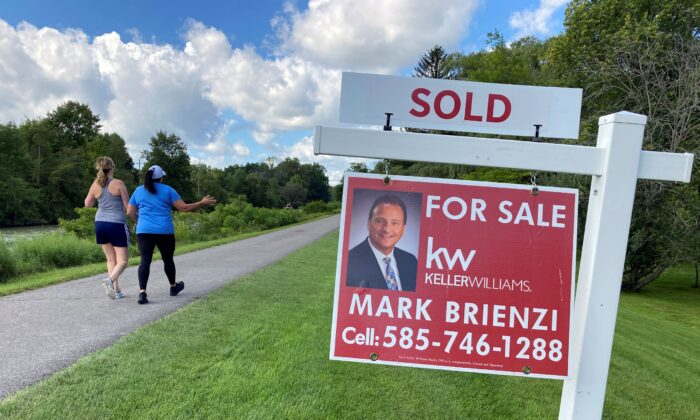 WASHINGTON—U.S. sales of new homes edged up 0.4 percent last month, coming in below expectations as housing prices continued to climb.

Commerce Department reported Wednesday that sales of new single-family homes rose to a seasonally adjusted annual rate of 745,000 last month from 742,000 in September. Economists had expected October’s new home sales to come in at a 795,000 annual pace. And the September sales rate was revised sharply lower from 800,000 in Commerce’s original report.

New home sales were down 23 percent from a year earlier.

median price of a new home, the point where half the homes sold for more and half for less, rose to a record $407,700 last month, up nearly 18 percent from a year earlier.

housing market has been hot, thanks to rock-bottom mortgage rates and pent-up demand from consumers locked in last year by the pandemic.

On Monday, the National Association of Realtors reported that sales of previously occupied homes rose 0.8 percent last month to a seasonally adjusted annual rate of 6.3 million, the strongest annual pace since January.