US Government, Pfizer ‘All Agreed’ to Delay Decision on Company’s COVID-19 Vaccine for Young Children: Bourla 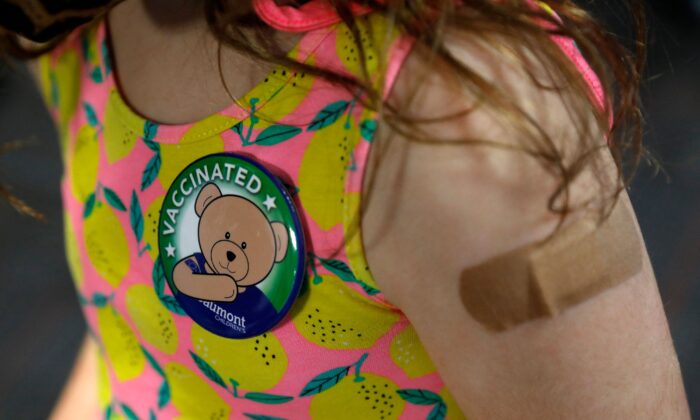 The United States government and Pfizer reached an agreement to delay the U.S. regulatory decision on the company’s COVID-19 vaccine for children as young as 6 months old, Pfizer’s CEO said on March 13.

“We all agreed it’s better if we wait for the three doses to come out,” CEO Albert Bourla said on CBS’ “Face the Nation.”

Pfizer and its partner BioNTech have been testing their vaccine on children aged 6 months to 4 years but announced in late 2021 that they were expanding the clinical trial to three doses because the two-dose primary regimen didn’t trigger a sufficient immune response in some of the kids.

Instead of waiting for the expanded trial to be completed, the U.S. Food and Drug Administration (FDA) soon after asked Pfizer for data on the vaccine. Because of the spike in COVID-19 cases and hospitalizations from the Omicron virus variant, regulators were considering expanding emergency use authorization for the jab to the young population.

Officials appeared poised to grant the expanded authorization in February but days before a scheduled vaccine advisory panel meeting, they announced they were postponing the decision.

“The data that we saw made us realize that we needed to see data from a third dose, as in the ongoing trial, in order to make adetermination that we could proceed with doing an authorization,” Dr. Peter Marks, the director of the FDA’s Center for Biologics Evaluation and Research, told reporters on a call. He said he hoped the move would “reassure” people that the FDA was “making sure that anything that we authorize has the safety and efficacy that people have come to expect from our regulatory review of medical products.”

FDA officials declined to provide more insight into the reason for the postponement.  Dr. Scott Gottlieb, a former FDA chief who sits on Pfizer’s board, said it stemmed from few children in the trial getting COVID-19.

Asked about the situation, Bourla said Sunday that FDA officials were “very keen” for the company to send the data over but Pfizer executives were “a little bit reluctant to submit on two doses, because we felt that the three-dose [regimen] is what kids will need.”

Eventually, the parties reached an agreement, according to the executive.

“It’s one thing to have a vaccine out there, it’s another thing to have a clear picture for the parents that all scientists, that they all agree—CDC, FDA, the industry, academia—that this is the right thing to do for the kids,” Bourla said, adding that he believes three doses “will likely provide a very strong set of evidence where everybody will agree.”

Some experts have questioned the need for a vaccine in young children, noting waning effectiveness in older kids—those 12 to 17 have been advised to get a third dose due to this waning—the possibility of side effects, and the fact that children are far less likely to suffer symptomatic or severe cases of COVID-19 when compared to older age groups.

Others say the benefits of the vaccine—some level of protection, even if insubstantial, against infection, and stronger protection against severe disease—outweigh the risks and that kids should have that protection available to them.

Bourla said the data on how a three-dose regimen works for children as young as 6 months will likely be available in April, and that authorization could come in May, “if it works.”

Regulators, “I’m sure, will do their utmost to review them fast,” he said, “and we will be ready with manufacturing.”