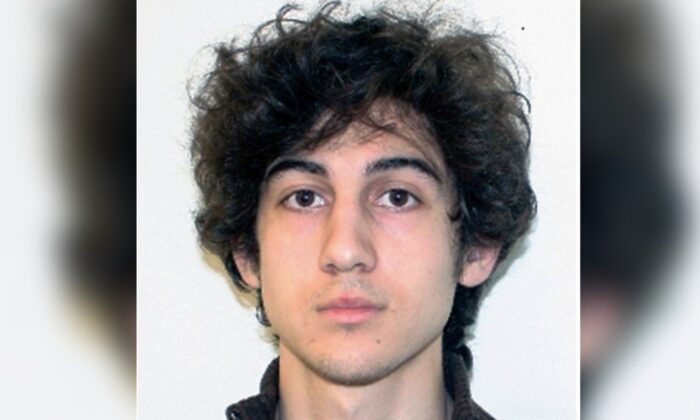 hearing centered largely around alleged juror bias and evidence that Tsarnaev’s late older brother, Tamerlan, was involved in a jihad-related triple murder two years before the 2013 marathon bombing. evidence was excluded from Tsarnaev’s original trial in federal court in Massachusetts. Tsarnaev’s lawyer argued that the brother influenced and indoctrinated him into supporting a jihad against the United States and that this factor was given short shrift during the sentencing phase.

Despite President Joe Biden’s promise on the campaign trail last year to abolish capital punishment, in June the government asked the justices to overturn a July 31, 2020 ruling by the U.S. Court of Appeals for the 1st Circuit that vacated the federal death sentence pronounced against Tsarnaev, 28, the lone surviving perpetrator of the 2013 attack that has been deemed one of the worst acts of terrorism on U.S. soil since Sept. 11, 2001. Three people were killed and 260 injured.

Working with Tamerlan, who later died after a gunfight with police, Tsarnaev placed homemade pressure-cooker shrapnel bombs filled with BBs and nails near the crowded finish-line area of the Boston Marathon. bombs caused devastating injuries that left the street with “a ravaged, combat-zone look.”

“Blood and body parts were everywhere,” littered among “BBs, nails, metal scraps, and glass fragments,” according to one court document. “ smell of smoke and burnt flesh filled the air,” and “screams of panic and pain echoed throughout the site.”

“He is relegated to living under threat of a death sentence that the government doesn’t plan to carry out,” Barrett told Deputy Solicitor General Eric Feigin. “So I’m just having trouble following the point.”

In response, Feigin said: “What we’re asking here is that the sound judgment of 12 of the respondent’s peers that he warrants capital punishment for his personal acts in murdering and maiming scores of innocents and, along with his brother, hundreds of innocents at the finish line of the Boston Marathon should be respected.”

“Under the Constitution, a death sentence is lawful only if it reflects a reliable and reasoned moral judgment to the offense and the defendant’s culpability,” Anders said. “That bedrock principle was violated in two ways here.”

trial court violated a 1st Circuit rule by failing to find out if the jurors were exposed to publicity that could prejudice their consideration of the death penalty, she said.

More importantly, the trial court ran afoul of the Eighth Amendment by excluding evidence that  Tsarnaev’s brother robbed and murdered three people as an act of Islamic jihad, she said.

“That evidence was central to the mitigation case,” she said. “ defense’s entire argument was that Dzhokhar was less culpable because Tamerlan indoctrinated him and then led the bombings.”

Justice Brett Kavanaugh told the lawyer that her theory was “not registering completely with me.”

murder of the three people outside of the bombing demonstrated to Dzhokhar that “Tamerlan had irrevocably committed himself to violent jihad,” which would have had “a profound effect on Dzhokhar, who was already enthralled to his brother and therefore would have felt intense pressure to follow Tamerlan’s chosen path and to accept extremist violence as justified,” Anders said.

“ evidence’s exclusion distorted the penalty phase here by enabling the government to present a deeply misleading account of the key issues of influence and leadership.”

Justice Samuel Alito seemed sarcastic when he asked whether a federal district court had to operate under a policy of “anything goes” when it comes to admitting testimony.

In his rebuttal, Feigin said the other side’s “indoctrination theory” doesn’t help their case because it “is really not especially probative of anything that is mitigating here.”