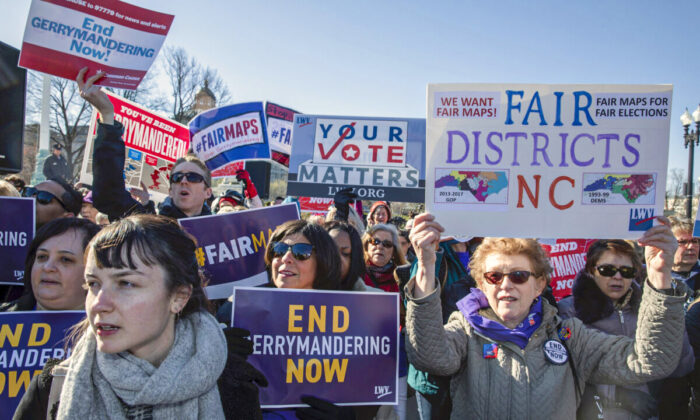 The Supreme Court late Monday rejected requests from Republicans in North Carolina and Pennsylvania to halt new congressional maps approved by courts in those states that are more favorable to Democrats.

In North Carolina, the map most likely will give Democrats an additional House seat in 2023.

The Pennsylvania map also probably will lead to the election of more Democrats, the Republicans say, as the two parties battle for control of the U.S. House of Representatives in the midterm elections in November.

The justices late Monday denied the GOP-led requests in two separate rulings, providing no explanation for their actions, as is common in emergency applications on what is known as the “shadow docket.”

“We will have to resolve this question sooner or later, and the sooner we do so, the better. This case presented a good opportunity to consider the issue, but unfortunately the court has again found the occasion inopportune,” wrote Justice Alito joined by Justices Gorsuch and Thomas.

“There must be some limit on the authority of state courts to countermand actions taken by state legislatures when they are prescribing rules for the conduct of federal elections,” Alito wrote.

Justice Brett Kavanaugh made a similar point, but said he didn’t want to interfere in this year’s electoral process, which already is underway. He said it was too close to the May 17 primaries. The filing deadline in the state was Friday.

“The issue is almost certain to keep arising until the Court definitively resolves it. Therefore, if the Court receives petitions for certiorari raising the issue, I believe that the Court should grant certiorari in an appropriate case—either in this case from North Carolina or in a similar case from another State,” Kavanaugh wrote. “If the Court does so, the Court can carefully consider and decide the issue next Term after full briefing and oral argument.”

Kavanaugh noted that “this Court has repeatedly ruled that federal courts ordinarily should not alter state election laws in the period close to an election.”

Democrats are now likely to gain more seats than they would have under maps approved by Republican-controlled state legislatures, which they had sought to restore.

Beth Brelje and The Associated Press contributed to this report.