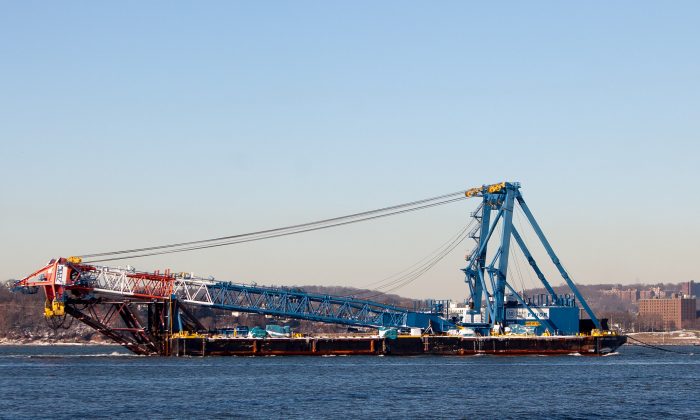 Supreme Court is leaving in place a lower court ruling that allows New Jersey to unilaterally withdraw from a powerful bistate commission that was created to monitor corruption at the storied Port of New York and New Jersey.

Waterfront Commission is “a somewhat unique [interstate] compact agency,” according to the Yale Journal on Regulation.

While most compact agencies “merely exercise the contracting states’ proprietary powers to construct or maintain facilities or allocate resources or responsibilities between or among states,” the Waterfront Commission is “a regulatory agency, exercising federal and state regulatory powers over interstate and international trade.”

New Jersey decided in 2018 to leave the interstate compact that created the commission in 1953. That year, then-New Jersey Gov. Chris Christie, a Republican, signed legislation withdrawing the Garden State from the compact. Christie was succeeded in the post by Phil Murphy, a Democrat.

commission took it upon itself to sue to block the governor from enforcing the law known as Chapter 324. New Jersey law dissolves the commission and diverts revenues that would otherwise fund the body to the New Jersey State Police, who would assume the commission’s regulatory responsibilities over the New Jersey side of the port.

A U.S. district court granted summary judgment to the commission, but the U.S. Court of Appeals for the 3rd Circuit reversed, holding that a state could dissolve an agency created under federal law and transfer the agency’s functions to itself. lawsuit itself couldn’t proceed because New Jersey enjoys state sovereign immunity, the appeals court determined.

commission disagreed, arguing in court papers that the 3rd Circuit’s decision conflicted with those issued by two other appeals courts and “undermines the strong federal interest in encouraging States to cooperate with each other by entering into and adhering to compacts.”

On Nov. 22, the Supreme Court dismissed the commission’s petition in an unsigned order, without explaining why, as is its usual practice.

“We’re pleased with the decision and can now go forward to remove the impediments to competitiveness and allow New Jersey to get control over its economic activities,” Sokol said.

New Jersey wanted out of the compact because when it was created in 1953, most of the economic activity “in the port was on the New York side, probably about 55–45,” Sokol told Pezou.

When New Jersey went to court, New York state didn’t even bother to file an appearance or any other document with the court, Sokol said.

“ case was always New Jersey against the Waterfront Commission staff.”

New Jersey Legislature’s committees received testimony from employers, employees, shippers, and unions stating that the commission hadn’t only outlived its usefulness but had become “an impediment to hiring because under the compact any person hired on port had to be vetted and approved by the commission,” he said.

“And there was some evidence that they took as much as a year to approve the hiring of a stevedore.”

New York–New Jersey port “is the only port in the United States that has such a commission that requires preapproval of all hiring,” Sokol said.

Seth Waxman, counsel of record for the commission, didn’t respond by press time to a request by Pezou for comment.