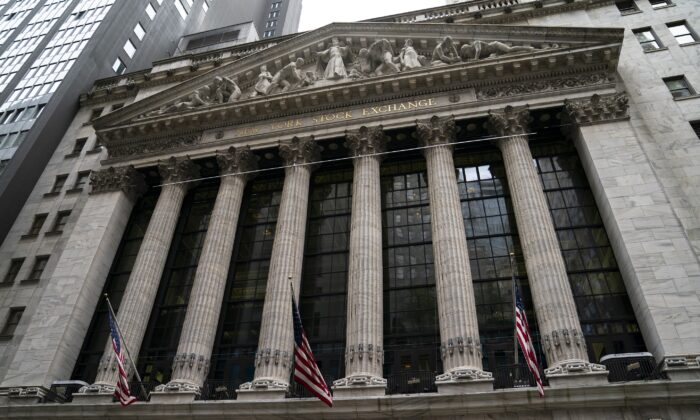 Trading was choppy and lost some momentum toward the end of the day as investors continued to review mostly solid company earnings and encouraging reports on consumer confidence and new U.S. home sales.

Stocks have been pushing broadly higher as companies turn in much stronger profit reports for the summer than analysts had expected.

“Right now, valuations are high and the market needs some reassurance from corporate earnings,” said Ernesto Ramos, chief investment officer in the United States for BMO Global Asset Management. “re are still plenty of risks out there, but the market is focusing on the good things right now.”

Technology stocks did much of the heavy lifting for the broader market. Chipmaker Nvidia led the way with a 6.7 percent gain. Health care stocks and a mix of companies that rely on consumer spending for goods and services also made solid gains. UnitedHealth Group rose 1.2 percent and Amazon.com rose 1.7 percent.

Only communications and industrial stocks fell. Facebook slid 3.9 percent after giving investors a weak sales forecast. company is also facing scrutiny over its seemingly lax regulation of harmful and misleading information on its platform.

Bond yields were mixed. yield on the 10-year Treasury slipped to 1.61 percent from 1.63 percent from late Monday.

Wall Street is still concerned about how much of an impact supply chain problems will have on a wide range of industries. Many companies have already warned about higher costs cutting into operations.

Investors still have a busy week of corporate earnings ahead. Airplane maker Boeing and beverage company Coca-Cola will report their results on Wednesday.

General Motors and Ford will also release their results on Wednesday. reports could help give investors a clearer picture of how the auto industry is dealing with supply chain problems, including a chip shortage that has been weighing on auto production.

Apple and Amazon will report on Thursday. companies, along with Microsoft and Google, are the four biggest companies on Wall Street by market value and their stock movements have a huge effect on the S&P 500.