Senators Object to Provision That Would Give SBA $4.5 Billion to Run Loan Program 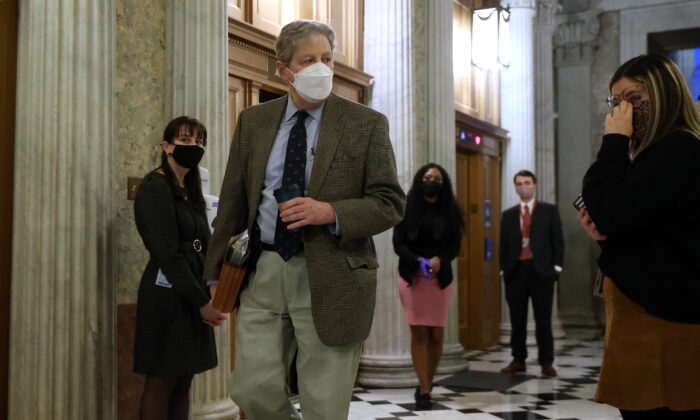 Thirteen U.S. senators sent a letter to Democratic leadership to voice their concerns about a provision in the proposed $3.5 trillion budget reconciliation package that would give billions of dollars to the Small Business Administration (SBA) to provide direct loans.

Sens. John Kennedy (R-La.) and Bill Cassidy (R-La.) who led the effort, said the proposal is “inefficient, costly and unequitable,” in the letter (pdf) submitted to U.S. House and Senate leadership and the chairs of both chambers’ small business committees.

provision, called Funding for Credit Enhancement and Small Dollar Loan Funding, would approve close to $4.5 billion for the SBA to run a 10-year program in which it would issue direct 7(a) loans.

program provides up to $5 million for borrowers to use for real estate, short and long-term working capital, refinancing of current business debt, and “furniture, fixtures, and supplies.”

Kennedy and Cassidy say that the loans would likely invite more abuse and fraud.

“Aiming to get more 7(a) loans in the hands of the smallest of small businesses by providing the SBA $4.5 billion to run its own lending program is misplaced,” the letter states. “Without proper parameters, the direct lending program can fall into a great deal of fraud and abuse.”

senators said that close to $79 billion in potentially fraudulent loans were processed by the government-run loan program, a fact taken from an SBA Office of Inspector General report (pdf).

“We have received complaints of more than 5,000 instances of suspected fraud from financial institutions receiving economic injury loan deposits,” the OIG report stated.

“SBA approved thousands of grant amounts for applications that were not sufficiently vetted because no system of controls was in place to flag applications with flawed or illogical information,” the report stated.

“Compare this to the PPP [Paycheck Protection Program], where only $4.6 billion in potential fraud was identified,” the senators said about the CARES Act loan program that included 5,467 private lenders servicing 12 million loans. “Out of $800 billion for the full program, that is only 0.6% of the total.”

new SBA 7(a) loan provision is part of a broader $25 billion small business provision, all of which is floating among the close to 2,500 pages of the $3.5 trillion reconciliation package.

House Small Business Committee Chair Nydia Velázquez (D-N.Y.) said the provision in the reconciliation package is vital to get the economy through the effects of the pandemic.

“To fill those gaps in our lending market, and ensure underrepresented entrepreneurs have the capital they need to launch and grow their businesses, this package provides a $4.4 billion investment in direct lending of less than $150,000 and targeted loans of $1 million to government contractors and small manufacturers,” Velázquez said in a committee markup statement in September.

Consumer Bankers Association (CBA), a trade association focused solely on retail banking with members in all 50 states, argued that advancing the direct 7(a) loans program would hurt private lenders.

In a letter (pdf) to Congress, CBA President and CEO Richard Hunt wrote, “In addition to fraud concerns, a new direct lending program established by Congress creates concerns of a government-subsidized SBA direct lending program that will be in competition with private market lenders that have invested heavily over the years to be able to offer 7(a) loans.”

“Perhaps a more constructive policy would be for Congress to consider continuing the CARES Act provisions that enhanced 7(a) lending, such as the 100% loan guarantee for loans under $150,000,” Hunt said.

Pezou : Senators Object to Provision That Would Give SBA $4.5 Billion to Run Loan Program