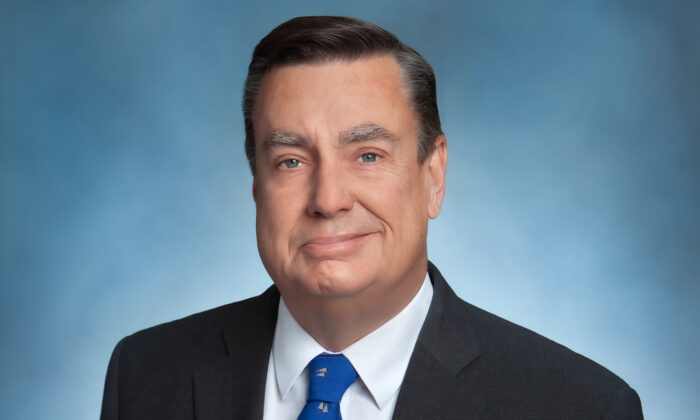 A San Diego County Supervisor responded to accusations by the Council of American-Islamic Relations (CAIR) that he made “vile Islamophobic smears” in an attempt to exclude the organization from a local task force to resettle refugees from Afghanistan.

District 2 Supervisor Joel Anderson denied the allegations this week, pointing out he criticized CAIR for having connections with terrorist groups—not all Islamic groups.

“My statements on Tuesday were targeted at one specific organization, CAIR, for its shameful history of radical ties,” Anderson said in a written statement on Oct. 11.

“CAIR does not represent all Muslims in America. I have heard from victims in my district who fled their home countries due to persecution and they don’t feel safe working with CAIR,” he said. “I support the many reputable American Muslim residents and organizations in Southern California currently engaged in the resettlement of Afghan evacuees.”

American veterans support the rescue and resettlement missions for refugees, many who risked their lives to fight against terrorist organizations, including the Taliban “to promote freedom and peace,” Anderson said.

“That’s why I wrote a letter (pdf) to President Biden urging his assistance with evacuations from Afghanistan, and why I wrote the board letter (pdf) requesting the County prepare a welcome for the Afghans expected to resettle in my district,” Anderson said.

Anderson previously said the Afghan community in his district doesn’t trust the organization because it has known ties to terrorist organizations.

“Any organization that has any affiliation with terrorism in the Middle East cannot be part of that group, so CAIR would be excluded. I just want to be absolutely clear about that,” Anderson said at an Oct. 5 Board of Supervisors meeting.

Anderson introduced a board agenda item proposing that the county ask for federal funding to prepare for the arrival of Afghan refugees with a comprehensive response plan.

San Diego County is expected to be a popular resettlement destination because of its existing Afghan American community. Currently, there are more than 2,000 Afghan Americans living in his district, Anderson said.

He suggested the county ask President Joe Biden to spend the $9.5 billion in Afghanistan government assets frozen by the U.S. Treasury Department to help offset the costs of resettling tens of thousands of Afghan refugees headed to the United States in massive airlifts and rescue operations.

Supervisor Terra Lawson-Remer from District 3 proposed an amendment to Anderson’s motion to create at task force led by the County of San Diego Health and Human Services Agency. Anderson said he would support the amendment if CAIR and any terrorist group connected with the organization were excluded.

CAIR is a polarizing group, especially in the Iranian American community, Anderson said.

“When I divested our public pensions from Iran, I ran into this issue. In that community, either people are 100 percent for it, or 100 percent against it. It’s not helpful,” Anderson said.

“And, if you look at the connections from the Treasury Department list—and I haven’t looked at it recently—we included groups that were affiliated with them, so there is plenty of funding coming from that organization going to Hezbollah. And so, for the Iranian community, this was a super big issue, and in order to get their support I had to make that exclusion, so I’m hypersensitive to it,” he said.

Anderson wanted to make it “absolutely clear that I am not inviting that into my district because I will be in a recall,” he said.

However, Supervisor Nathan Fletcher from District 4 suggested that excluding certain groups from the task force was beyond the scope of the county.

“I understand, but as a county, I don’t think we can get in the business of designating terrorist organizations,” said Fletcher, board chairman.

Though Lawson-Remer said she supported excluding any organizations with links to terrorism, she backed off from the idea when Anderson suggested any groups connected to CAIR should also be excluded from the task force.

“I’m not comfortable with giving that level of discretion to county staff. I think it’s really important that we stick with the Treasury Department’s designations of what are terrorist organizations,” she said.

Lonnie Eldridge, head legal counsel, pointed out the county can “go off of an objective known list,” such as the Treasury Department.

board passed the motion with amendments to exclude agencies listed by the Treasury Departments as terrorist affiliated organizations with a 4-1 vote.

Anderson dissented because CAIR and its affiliate groups were not specifically excluded from the task force.

“We were appalled to hear that supervisor Anderson regurgitated vile Islamophobic smears to target the nation’s largest Muslim civil rights and advocacy organization that has a decades-long history of defending the civil and religious rights of all Americans,” said Tazheen Nizam, CAIR San Diego associate executive director.

Anderson “needs to apologize for his false and irresponsible comments and the board needs to issue an official reprimand for his Islamophobic actions,” said Nizam.

“smears,” she said, will undermine the Afghan refugee resettlement process and could endanger CAIR staff. She also cited attacks on a synagogue and mosque in San Diego County, stating these attacks “are often the result of ignorance, hatred and demonizing rhetoric such as that advanced by Supervisor Anderson.”

In 2009, U.S. District Court Judge Jorge Solis ruled (pdf) “the government has produced ample evidence to establish the associations of CAIR, ISNA, NAIT, with NAIT, the Islamic Association for Palestine, and with Hamas.”

Influence Watch reports that in 1994, a year before the U.S. listed Hamas as a foreign terrorist organization, two individuals working for a Hamas offshoot, the Islamic Association for Palestine (IAP), founded CAIR to promote the Hamas agenda in America and is a known front for the Muslim Brotherhood.

According to an article published in the Jerusalem Post in 2019, “CAIR has a long history of affiliation with Hamas and Hezbollah. It was reportedly a co-conspirator in the largest terrorist financing case in US history, which went unindicted.”

In 2014, the National Review published an article asking, “Is CAIR a Terror Group?” with the subhead, “A prominent Arab government thinks so,” referring to the United Arab Emirates (UAE). article stated that on Nov. 15, 2014, the UAE’s ministerial cabinet listed CAIR “as one of 83 proscribed terrorist organizations, up there with the Taliban, al-Qaeda, and ISIS.”