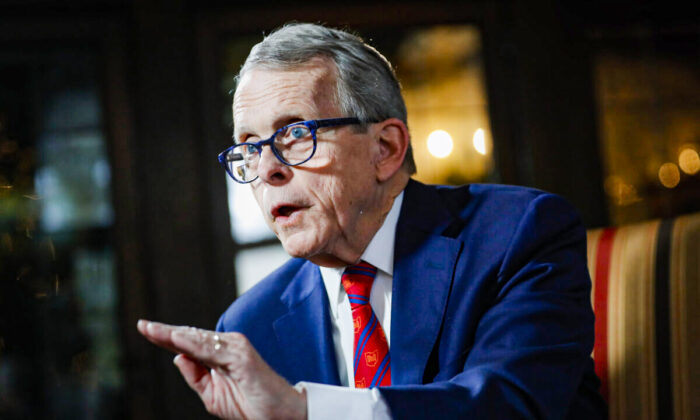 It will allow anyone aged 21 and above who is able to legally possess a weapon to carry a concealed gun without a permit or training.

The measure also removes a requirement for gun owners to notify police when stopped that they are armed, although they must inform police officers if asked.

The measure was passed by Ohio’s Legislature earlier this month, and a spokesperson for the Republican governor had hinted that DeWine would likely sign it into law.

“This is a day that will go down in history,” Buckeye Firearms Association Director Dean Rieck said in a statement. “This is a great moment for Ohio and for those who wish to more fully exercise their Constitutional right to keep and bear arms.”

The measure is one of several GOP-backed proposals in recent years seeking to expand gun rights in Ohio. Johnson said it eliminates a discrepancy in Ohio law that currently allows people to openly carry a gun.

The measure doesn’t prevent anyone from obtaining a license for carrying a concealed handgun in the state if they wish to do so.

The Buckeye Firearms Association said 21 other states allow people to carry a concealed weapon without a license. Gun control groups such as Moms Demand Action for Gun Sense in America opposed it, as did law enforcement groups concerned about the legislation’s lack of required training.

State law previously required eight hours of training, including two hours at a gun range firing a weapon, background checks, and applications though the local sheriff to obtain a permit to carry a concealed weapon.

The Ohio Democratic Party accused the governor of caving “to special interest groups and extremists,” saying the measure “will make all Ohioans less safe.”