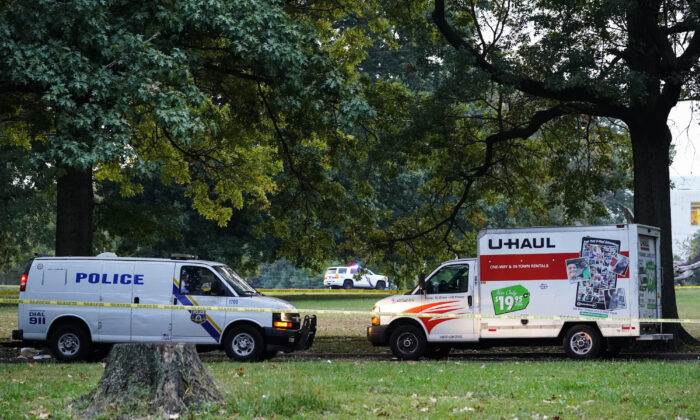 PHILADELPHIA鈥擜 nurse at a Philadelphia hospital fatally shot his co-worker early Monday morning, fled the scene, and was shot in a gunfight with police that wounded two officers, authorities said.

55-year-old nurse was wearing scrubs when he shot his co-worker on the ninth floor of Thomas Jefferson University Hospital just after midnight, Philadelphia Police Commissioner Danielle Outlaw said at a news conference.

co-worker, a 43-year-old man who was a certified nursing assistant, was later pronounced dead. It was unclear what sparked the shooting and investigators were looking into the histories of both men, Outlaw said. Police believe the shooting was targeted.

After the shooting, the gunman left the hospital in a U-Haul box truck. A short time later, four officers were alerted to the suspect’s location by a passerby near a school. Officers observed him wearing body armor, and he had several weapons including a rifle and a semi-automatic handgun, Outlaw said.

gunman opened fire on the officers, and all four fired back, the commissioner said. Two officers were struck鈥攐ne suffered an elbow wound that will require surgery while the other was grazed on the nose. suspect was shot in the upper body and neck, and was in critical condition but expected to survive. officers’ wounds weren’t considered life-threatening.