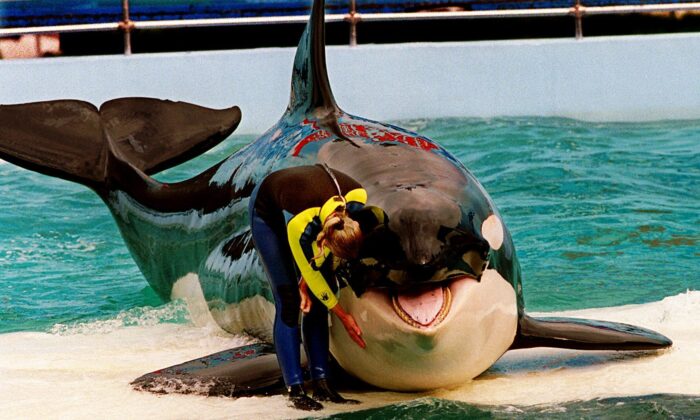 MIAMI—The new owners of the Miami Seaquarium will no longer stage shows with its aging orca Lolita under an agreement with federal regulators.

MS Leisure, a subsidiary of The Dolphin Company, said as it announced the completion of its Seaquarium acquisition that Lolita and a companion white-sided dolphin Lii will no longer be exhibited under its new license with the U.S. Department of Agriculture.

“Today marks a new day for the Miami Seaquarium and all of the creatures within its care,” Miami-Dade County Mayor Daniella Levine Cava said in a statement.

The 56-year-old orca was initially named Tokitae or Toki when it was captured five decades ago in the Puget Sound near Seattle. Animal rights activists say she’s the oldest orca in captivity and should live her final years back home in a controlled setting.

For now, Lolita will remain at the Seaquarium, where officials said she’s healthy and eating well despite her advanced age.

“As with any animal who has exceeded their anticipated life span, we will continue to monitor and care for her closely,” the Seaquarium statement said.

The Dolphin Company operates 27 other parks and habitats in Mexico, Argentina, the Caribbean, Italy and Florida, a company news release said.

Company CEO Eduardo Albor said it wants Seaquarium to become “an educational opportunity for new generations, educating our community about the value of aquatic species and the sustainability of oceans.”

The Seaquarium first opened in 1955 on Virginia Key east of downtown Miami. It features a variety of sea creatures including dolphins, sea lions, manatees, reef fish, sharks, and was the location for filming of 88 episodes of the “Flipper” TV series as well as movies in the 1960s.