Members of Beloved ‘Dancing Grannies’ Among Dead in Wisconsin Parade 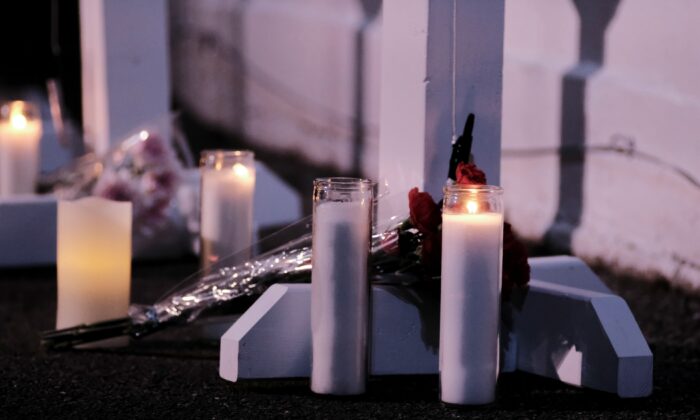 WAUKESHA, Wis.—Four of the six people killed by an SUV racing through a Wisconsin Christmas parade on Sunday were affiliated with the Milwaukee Dancing Grannies, a beloved pompom-thrusting dance troupe, according to a local newspaper.

Ginny Sorenson, 79, LeAnna Owen, 71, and Tamara Durand, 52, were members, while Wilhelm Hospel, 81, helped the group, according to the Milwaukee Journal Sentinel.

fifth victim, Jane Kulich, 52, worked at Citizens Bank, according to her Facebook profile. Her page included posts about the birth of a granddaughter, as well as pictures of family, nature and cats.

sixth victim, 8-year-old Jackson Sparks, succumbed to his injuries and died on Tuesday, his family confirmed.

Six people have died after a man out on bail from a domestic abuse case earlier this month and suspected in another violent altercation earlier that Sunday rammed a red SUV through the parade in the city of Waukesha, roughly 20 miles west of Milwaukee.

Tributes began to flow in for the victims on Monday, with the Milwaukee Dancing Grannies paying homage on Facebook.

“Those who died were extremely passionate Grannies. ir eyes gleamed…..[with the] joy of being a Grannie,” read the message. “Our hearts are heavy at this most difficult time.”

Sorenson, a registered nurse, was the group choreographer and had been working with Grannies for some 19 years, according to a feature on the group published by CBS 58 over the summer.

“She’s like the heart and soul, honest to God,” one dancer said of the grandmother of six. “She keeps us on our toes.”

In a photo posted in 2019, Sorenson, decked out in a fluffy white hat and thick blue winter skirt and coat, grins as she thrusts pompoms to one side and walks down a street.

“Being an instructor, that’s a really important part of my life, especially now where I can’t dance,” Sorenson told CBS 58, explaining that she had had surgery, without going into details. “I love it. And I love the ladies. y’re my family, they’re my friends.”

Footage showed the group practicing in a parking lot, wearing red skirts and wide-brimmed hats. “You’re all in sync,” Sorenson called out. “I told you, just like the Rockettes!”

Owen was another member of the group, which practiced once a week and performed at holiday events like July 4 or Christmas parades.

“It keeps us young,” Owen said with a laugh in the CBS 58 interview.

Milwaukee Journal Sentinel reported that Durand, 52, was also a member.

“Tammy was a mother of 9, grandmother of 4, and an emergency, critical care, and hospice Chaplain. She was a shining light for Jesus and strong in her faith,” wrote a Facebook user from the account of a Texas-based magazine, Neighbors of Lakeway & Bee Cave.

post said Durand’s husband Dave Durand was the CEO and founder of Best Version Media, which specializes in local news outlets. post was later edited to say Durand was formerly CEO. A spokesperson for the company told Reuters Durand is a co-founder and currently executive chairman.

Pezou contributed to this report