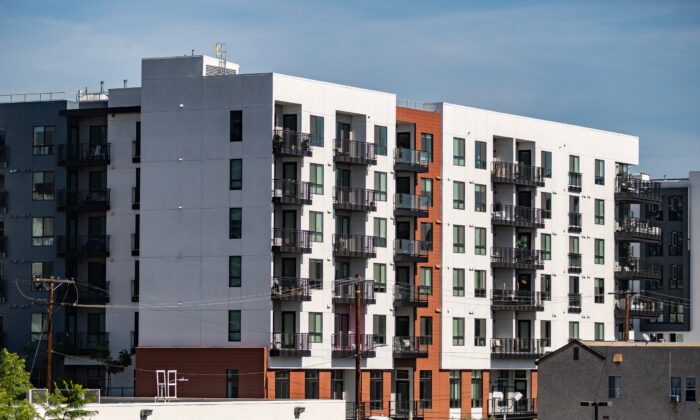 The groups claimed in the lawsuit that the moratorium created a “rent holiday.”

Los Angeles County had no comment about the lawsuit, spokesman Jesus A. Ruiz told The Epoch Times in an email.

The county’s extension will allow COVID-affected tenants throughout the county who say they have financial hardships to declare themselves unable to pay rent beginning April 1.

On June 1, the county will restrict the eviction moratorium to allow only those who are below 80 percent of the area’s median income to qualify.

“A thoughtful phase-out provides an opportunity for the County to consider lessons learned over the past 22 months and provides recommendations for the Board to consider related to tenant protections to create a healthier housing market post pandemic than that which existed before it began,” stated the Jan. 25 motion by Supervisors Sheila Kuehl and Hilda Solis.

As in the past, landlords will not be allowed to evict tenants for causing a nuisance, allowing other people to live with them, or for keeping unauthorized pets.

Jeff Faller, president of Apartment Owners Association of California told The Epoch Times that the main problem with the moratorium is it gives renters the ability to declare themselves unable to pay without giving landlords an opportunity to participate in the process.

According to the lawsuit, this violates the due process clause of the Fourteenth Amendment.

The landlord groups assert that this is unconstitutional and creates an opportunity for some renters to take advantage of the program.

“It’s not like every tenant is going to do this,” Faller said. “But when you take away that accountability, it is awfully tempting.”

The lawsuit states the U.S. Supreme Court declared self-certification programs like the one Los Angeles County passed as unconstitutional in an August 2021 ruling. When renters “self-certify” their own financial hardship, the state does not allow a landlord to contest the certification and denies them a hearing, according to the lawsuit.

Currently, a state program called Housing is Key has a process that determines whether renters are unable to pay rent, in cooperation with landlords.

Renters can still apply for funds to pay rent through the Housing is Key program but that program ends March 31. As of March 9 in Los Angeles County, about 234,000 households applied for these funds. Of those, nearly 101,000 applications were processed and more than $1.2 billion was awarded.

“People are really suffering and we have to move quickly on this,” Dan Yukelson, executive director of the Apartment Association of Greater Los Angeles, told The Epoch Times.

The initial eviction moratorium has caused some landlords to go two years without a rental payment from some tenants, Yukelson said.

“It’s really been financially challenging for a lot of owners,” Yukelson said.

The first step is to stop the moratorium in court. Then, the landlord groups may consider suing the county for damages, he said.

Chris Gray, a new home sales and marketing expert in Irvine, Calif., told The Epoch Times the moratorium extension did not make sense.

“We all want protection for anyone that was adversely, negatively affected by the pandemic, but we have to draw the line somewhere,” Gray said.

The majority of Angelenos are doing the right thing, Gray said. They’re paying their rent, and they have to pay their mortgage. But Gray estimated about eight to 10 percent of Los Angeles County renters will withhold their rent because of the extension.

Protections are available for employers and employees, including compensating anyone who is out sick from COVID-19, Gray said.

“The obvious question is, how do the landlords get paid? How are they going to be protected over the next 15 months?” Gray said.

Many investors avoid the Los Angeles rental market because of cumbersome regulations, Gray said. Most landlords are local family owners who have difficulty paying mortgages, taxes, and the utilities that are sometimes included in the rent.

“At the end of the day, this is not a landlord-tenant issue,” Gray said. “This is a right and wrong issue.”