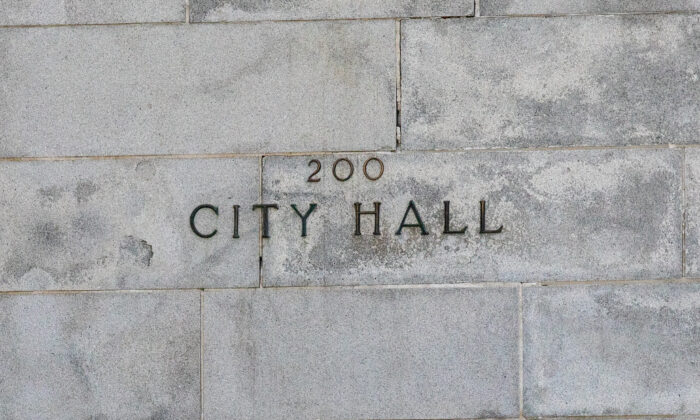 LOS ANGELES—A map creating boundaries for Los Angeles’s 15 council districts—developed by a subcommittee of the city council after its president tossed out a version developed by a citizen-led panel—will again go before the public for comment and the council for discussion Nov. 23.

According to LA City Council President Nury Martinez, reworking the original map of the 21-member panel of appointed citizens was necessary as it relied on the COVID-19-delayed results of the 2020 Census. Martinez said the Census results are inaccurate and produced undercounts in various areas of the city.

“Los Angeles numbers are simply not accurate,” Martinez said Nov. 5 during opening comments of the council’s newly formed Ad Hoc Redistricting Committee. “Look around you. We did not get whiter, and we did not get wealthier. This is not the Los Angeles that I see around me.”

That new committee, composed of Martinez and six other city councilmembers, has revised the work of the Redistricting Commission—which has been meeting for a year—with tweaks requested by city councilmembers and via a map attributed to an organization called the Labor Council for Latin American Advancement, which the commission had previously rejected.

During an Oct. 16 meeting, the commission clashed over the Labor Council’s map.

Commissioner Rachel Torres, a Martinez appointee, said the so-called “Labor” map was a turnkey solution that solved some unresolved issues regarding Latino representation in the San Fernando Valley.

“I know we are struggling for time and I think a map that’s already done the heavy lifting can help us get there,” she said.

Other commissioners, however, argued the map was not only submitted late, but wondered where it came from.

“I don’t even understand the derivation of this map,” redistricting commission chair Fred Ali said at the time.

Others pointed to the federal Voting Rights Act of 1965, which, relative to the once-in-a-decade redistricting process, requires maps under consideration to meet certain requirements and be made available for public scrutiny.

“For the commission to begin to ask for any kind of additional map to become part and parcel of that to me would violate the entire process and the rules that we have here,” Polanco said.

It’s not clear when commissioners received the so-called Labor Map for consideration. Los Angeles Daily News previously reported the map had been emailed to all or some of the commissioners in advance of its Oct. 16 meeting.

deadline for submitting maps for consideration to the commission was Oct. 1.

A spokesperson for the Redistricting Commission told Pezou commissioners will no longer go on the record.

According to a report by the city’s Chief Legislative Analyst, 88 percent of the commission’s work was unchanged with the Ad Hoc Committee’s version, which is being referred to as a “hybrid.”

“This hybrid map preserves a portion of the commission map while also making the necessary changes in the valley,” Martinez said.

On visual evaluation, the district lines adopted from the labor council’s map change districts 2, 6, 7, and 12 only minimally, allowing councilmembers to keep their constituents intact.

Earlier this month, Commissioner Ali criticized Martinez’s handling of the redistricting in a Los Angeles Pezou Op-Ed, urging that the next redistricting commission—a decade from now—be completely independent of the city council.

“As the chair of the 2021 redistricting commission, I know the process can work—when it is allowed to work,” Ali wrote. “Lost in the melee is one simple truth: Our democracy pledges no allegiance to incumbents and their reelection, nor should our redistricting process. Preservation of old council district lines and protection of council members is not the purpose of redistricting. Fair representation is.”

Nov. 23 hearing is required by state law. issue will come back to the council for a vote Dec. 1, and after approval, will be in effect starting Jan. 1, 2022.