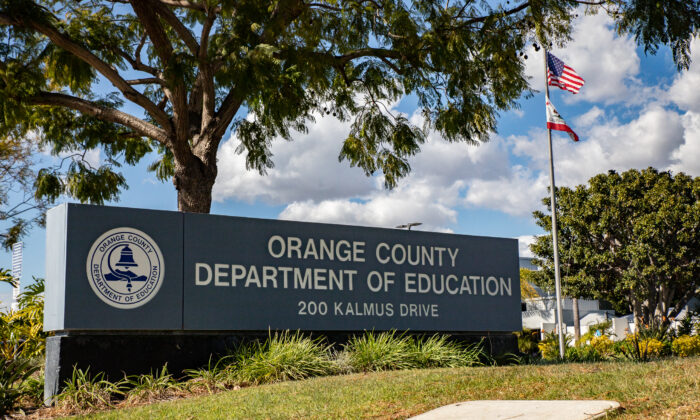 The tentative ruling from Superior Court Judge Martha Gooding arrived on March 4—three days prior to the hearing on March 7—giving the prosecution and defense time to formalize their arguments and sway the judge’s decision.

While a final decision was not made on March 7, the ruling is expected soon, according to Gooding, but the date was not clear.

The legal challenge was filed in Orange County Superior Court on Jan. 28 by local resident Michael Sean Wright, alleging Shaw shouldn’t have been reappointed to his former seat on the school board due to a state law that says, “the local board may not re-appoint to the office the person whose resignation caused the vacancy in the first place,” according to the lawsuit.

Shaw resigned from the board of education in November 2021 after facing a legal challenge that accused him of partaking in a conflict of interest by holding “incompatible offices” for serving simultaneously on the county board of education and La Habra City Council.

Shaw didn’t agree with the allegations but stepped down to avoid costly legal fees.

The board had 60 days to either hold a special election or fill Shaw’s vacant seat. However, the board reappointed Shaw in December 2021 after interviewing seven eligible candidates.

To avoid potential conflicts, Shaw resigned from the city council the morning before being reappointed.

On Feb. 10, Wright was set to request that the judge shorten the time the board had to respond to the legal challenge, require a special election to fill Shaw’s seat, and temporarily prohibit Shaw from serving on the board until a hearing on the lawsuit is granted.

“We want the case expedited, and to prevent Mr. Shaw from serving while the case is pending,” attorney Lee Fink, who is representing Wright, told The Epoch Times in a previous interview.

If the judge rules in favor of Wright, Shaw’s seat will be left vacant with the fourth district being unrepresented once again.

“I won the election seat, fair and square,” Shaw told The Epoch Times in a previous interview. “Legal actions are all about overturning the election results. One lawsuit after another is trying to get me unappointed.”

Orange County Board of Education Trustee Beckie Gomez was served a lawsuit during a March 2 board meeting for the same reason. The lawsuit claims Gomez is unlawfully holding “two incompatible offices” by serving as a trustee on the board of education and a councilwoman on the Tustin City Council.

The board of education trustees are unable to comment until a final decision is made.