TURNER, Ore.—Smoke from the West Coast wildfires has tainted grapes in some of the nation’s most celebrated wine regions with an ashy flavor that could spell disaster for the 2020 vintage. Wineries in California, Oregon, and Washington have survived severe wildfires before, but the smoke from this year’s blazes has been especially bad—thick enough to obscure vineyards drooping with clusters of grapes almost ready for harvest. Day after day, some West Coast cities endured some of the worst air quality in the world. No one knows the extent of the smoke damage to the crop, and growers are trying to assess the severity. If tainted grapes are made into wine without steps to minimize the harm or weed out the damaged fruit, the result could be wine so bad that… 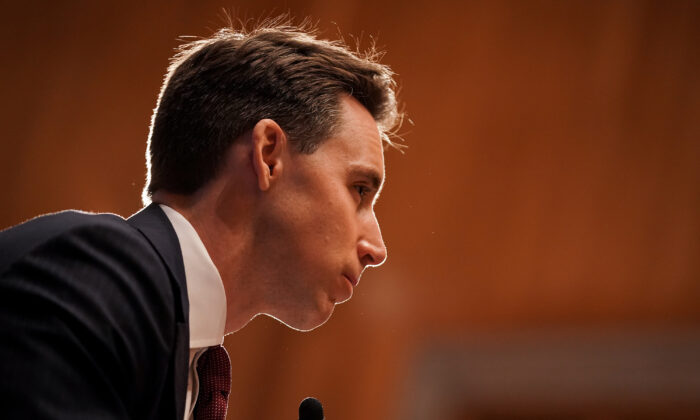 Sen. Josh Hawley (R-Mo.) introduced the legislation and tried to get it passed with unanimous consent, which avoids a vote but allows any single senator to stymie its passage.

“There are a group of people who seem intent on influencing the people’s choice, on manipulating it, on shaping it according to their own preferences. And I’m not talking about China or Russia or Iran,” Hawley said on the Senate floor in Washington.

The senator argued that Facebook, Twitter, Google, and other platforms are heavily relied upon by Americans and that the companies running the platforms are increasingly ramping up censorship against both President Donald Trump and his supporters.

“This law is hugely important to movements like Me Too and Black Lives Matter, because it gives Americans the opportunity to see the messages that they want to get out. We’ve all seen the videos. Frankly, the establishment media I don’t think would have even run a lot of it because they would be sued. So the original interest in this was making sure that the little guy had a chance to be heard. That’s the interest today. That’s what the senator from Missouri wants to throw in the trash can,” he argued.

Wyden urged Hawley to support a different piece of legislation, a bill he’s offered called the Mind Your Own Business Act that would make tech executives personally liable if they repeatedly lie.

“If you’re silenced by Google, Facebook, or Twitter, what is your option? None, nothing. You can’t be heard. You can’t go to court. You can’t do anything.”

“I am happy to work with my colleagues to hold further substantive, bipartisan hearings on how platforms like Facebook, Google, and Twitter need to improve. But I will not participate in an attempt to use the committee’s serious subpoena power for a partisan effort 40 days before an election,” Cantwell said in a statement.

Because of the senator’s move, Wicker scheduled a vote on the subpoenas for Oct. 1.

The chairman wants to compel the CEOs to testify before his committee about Section 230.

DOJ: More Than 300 Charged With Crimes Committed Near or at Protests Since May

More than 300 people have been charged for committing crimes “adjacent to or under the guise of peaceful demonstrations since the end of May,” the Department of Justice announced Thursday. The crimes were committed in 29 states and Washington, authorities said. Assaulting a law enforcement officer, attempted murder, arson, and damaging federal property are among the charges filed. Approximately 80 people have been charged with offenses relating to arson and explosives; 15 have been charged with damaging federal property. Rioters inflicted millions of dollars of damage to city and federal property across the United States in recent months, including the Minneapolis Police Department’s Third Precinct, the Nashville City Hall in Tennessee, and the聽Mark O. Hatfield Courthouse, a federal building, in Portland, Oregon. Criminals have also targeted small and big businesses,…