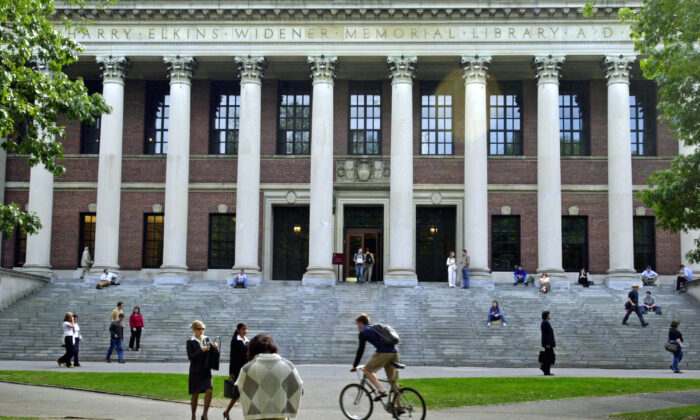 Harvard University’s summer Chinese immersion courses that had been taught at the Beijing Language and Culture University (BLCU) will be now held at National Taiwan University as of next Summer.

Prof. Jennifer L. Liu, director of the Chinese language program at Harvard, said the program decided to move to Taipei due to an apparent lack of friendliness from the Beijing host institution, reported  Harvard Crimson.

According to the report, the BLCU added restrictions on visiting American students and there had been a deterioration of accommodation conditions for students, resulting in Harvard moving the program to Taiwan and cooperating with National Taiwan University.

Liu said that in recent years, she has often encountered difficulties in obtaining classrooms and dormitories for Harvard’s students.

professor added that she suspects the Beijing university’s change in manners may be the result of the Chinese regime’s altering attitude towards the United States. Tensions between the two countries have intensified in recent years.

As U.S. Independence Day occurs during the course, Harvard students in Beijing used to hold a small party where they and their teachers would eat pizza and sing the American national anthem to celebrate. However starting in 2019, Liu said, “We were told that our students were not allowed to sing, to celebrate.”

BLCU did not respond to the Chinese language Pezou’ request for comment.

She said she believes the combination of the traditional and the modern makes Taiwan an exciting place to learn the Chinese language and culture.

“No matter where the program is located, we are very confident that [students] will get the most out of it,” she said.

summer program takes place from June to August each year, with about 80 students completing a full year of Chinese study within a few weeks.

Chen Ting contributed to the report.