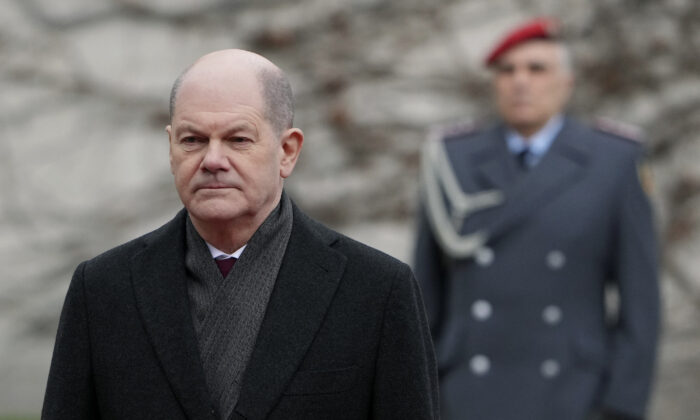 “At the moment, Europe’s supply of energy for heat generation, mobility, power supply, and industry cannot be secured in any other way. It is therefore of essential importance for the provision of public services and the daily lives of our citizens,” he said in a statement.

“That is why it is a conscious decision on our part to continue the activities of business enterprises in the area of energy supply with Russia,” he added.

“This cannot be done overnight,” he stressed.

European Union (EU) leaders are expected to make an announcement about phasing out its dependency on imports of Russian gas, oil, and coal.

The leaders will announce it at a meeting in Versailles which is scheduled on Thursday and Friday.

“We agreed to phase out our dependency on Russian gas, oil, and coal imports,” the leaders would say based on a draft statement of the leaders seen by Reuters.

The task will be tough, however, because the EU buys from Russia 45 percent of its imported gas, around a third of its oil, and nearly half of its coal. This makes the bloc vulnerable should Russia decide to retaliate for EU policies by curbing exports.

On the U.S. side, a ban on Russian oil is gaining bipartisan support.

House Speaker Nancy Pelosi (D-Calif.) on Sunday said the chamber is “exploring” legislation to ban imports of Russian oil and that Congress intends to enact this week $10 billion in aid for Ukraine in response to Russia’s military invasion of its neighbor.

“The House is currently exploring strong legislation that will further isolate Russia from the global economy,” Pelosi said in a letter.

“Our bill would ban the import of Russian oil and energy products into the United States, repeal normal trade relations with Russia and Belarus, and take the first step to deny Russia access to the World Trade Organization.”

Reuters contributed to the report.